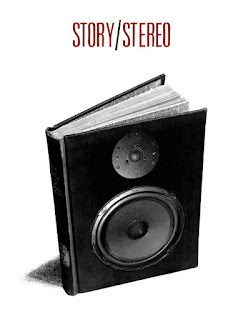 About the Emerging Writer Fellows:

Steve Fellner is the author of the memoir All Screwed Up (Benu Press) and a poetry collection (Marsh Hawk Press). He currently teaches at SUNY Brockport in western New York State. He blogs at http://pansypoetics.blogspot.com/

Marianne Villanueva is the author of Mayor of the Roses. She is a former Stegner Fellow in Creative Writing at Stanford, and has been writing and publishing stories about the Philippines and Filipino Americans since the mid 1980s. Her critically acclaimed first collection of short fiction, Ginseng and Other Tales from Manila (Calyx Books 1991) was short–listed for the Philippines’ National Book Award. Her work has been widely anthologized. Her story, “Silence,” first published in the Threepenny Review, was short–listed for the 2000 O. Henry Literature Prize, and “The Hand” was awarded first prize in Juked’s 2007 fiction contest. She has edited an anthology of Filipina women’s writings, Going Home to a Landscape, which was selected as a Notable Book by the prestigious Kiriyama Pacific Rim Book Prize. She currently teaches writing and literature at Foothill College and Notre Dame de Namur University. She blogs at http://anthropologist.wordpress.com/

J. Robbins began his career as a bassist for Government Issue, and has also led four of his own bands: Jawbox, Rollkicker Laydown, Burning Airlines, and Channels. He was a touring bassist for Scream and played bass on the debut 7" from Jack Potential, which was issued by DeSoto Records in 1993. He is also a successful producer and engineer for bands such as Ponytail, Clutch (and sideproject The Bakerton Group), Jets to Brazil, Hey Mercedes, Shiner, The Life and Times, Miranda Sound, Time Spent Driving, Faraquet, The Dismemberment Plan, The Monorchid, The Promise Ring, Dwindle, Pilot to Gunner, None More Black, Jawbreaker, Against Me!, Goodbye Soundscape, Modern Life is War, Murder By Death, MewithoutYou, and Nakatomi Plaza. [From Wikipedia]

What is Story/Stereo? It’s the headline event for The Writer’s Center’s “Emerging Writer Fellowships.” Each year, following a nationwide application process, a special committee selects these really great up-and-coming writers. We then invite them to The Writer’s Center, and we give them the stage with the best local bands Story/Stereo’s musical curators, Chad Clark (Beauty Pill) and Matt Byars (The Caribbean), can find. Basically, it’s a monstrous, lovely hybrid: a reading with music. Where else can you find that? And even better: it’s FREE. Visit the event’s Web site at http://www.storystereo.com/.

What people are saying about Story/Stereo:

“I experienced a trilogy of stirring art: a snippet of wonderful new fiction read by Alexander Chee, an introduction to the extraordinary poems of Srikanth Reddy, and stirring music by the two brothers who make up the band Bluebrain. Each event alone was worth hearing, but to have this mix together made the evening a resounding trifecta of brilliance, inspiration and creativity that uplifted in the way all good art does. What is StoryStereo? An evening not to be missed.” —Eugenia Kim, Writer’s Center member and author of The Calligrapher’s Daughter.

“I had a wonderful time participating in Story/Stereo—from the warm welcome I received to hearing Neil Smith read from his novel, from Howard Norman’s introductions to hearing the Roofwalkers and their rendition of my poem – I am so pleased to have been part of this series' debut.”—Suzanne Frischkorn, Emerging Writer Fellow and author of Lit Windowpane.
Posted by The Writer's Center at 11:00 PM