A War Story Call for Submissions

We're very glad to help get the word out about A War Story, a new online journal which will publish fiction, nonfiction and poetry by veterans, active and reserve service members, and military family members.  Editors are looking for a wide range of submissions, not only war stories.

Posted by The Writer's Center at 12:26 PM No comments:

My Daddy is Proud of Me

Most days, I do not wonder if I am a good writer.

It isn’t that I am one of those supremely confident, creative types. To the contrary, in my best moments I believe that someday I will be a good writer. Meanwhile, I’m a chronic rewriter and obsessive editor. I believe every piece is almost good-enough and with a little more work, it will be ready.

When I was awarded the Undiscovered Voices Fellowship last year, it felt like a sign that I was, in fact, a good writer. Maybe even a very good writer. It was a sign that I forgot in the humbling experience that is workshop. In classes with Writer’s Center instructors like Susan Land, Patrick Ross, and Amin Ahmad, I learned different techniques and tips that would make my writing better. And since any formal publication feels far-far away, I continue to believe that I would have endless time to make my next draft better.

Then, suddenly it was Father’s Day – the day of the finale reading. And nothing I wrote was good enough to be read in public! I spent the week before rereading my novel-in-progress for an excerpt, practicing reading aloud, and worrying. And worrying more.

By the time I got up to the microphone, I was a so nervous that my mouth was dry and the words blurred. Then I looked into the audience and in the front row was my family, smiling at me encouragingly. I swallowed and started to read, Africa. The whole expanse of it is condensed to a heavy, small stone.

Afterwards, my father – my biggest fan – said he was so proud of me. And he is. He has always been so proud of me. When I doubt my talent, Dad continues to remind me that I am a good writer. I was glad that I could give him the gift of sharing my work: Happy Father’s Day!

I want to thank everyone who came and were so supportive in response to my reading. As the featured writer, I shared the stage with other local writers, including (click on names to visit their websites): Vivian Feggans, Paul Hopper, David Martin, Louise Farmer Smith, Marija Stajic, and Enrique Tapias.

Have you ever read your work in public? What about reading aloud makes you nervous? How do you overcome the stage-fright? Write about it in the comment section below.

Public readings are a wonderful way to build your confidence and a chance for your fans to support your on-going creative process. We invite you to read at the next Open Mic at the Writer’s Center on Sunday, July 29 at 2:00 pm.

Top Tips to Prepare for a Reading

• Edit the excerpt: It is okay to make changes that will make   any piece easier to read aloud.
• Print in large font: 12 point is tiny when you're at the podium. I use 16!
* Practice Reading Aloud: So you can time yourself, practice any tricky words, and gain confidence. 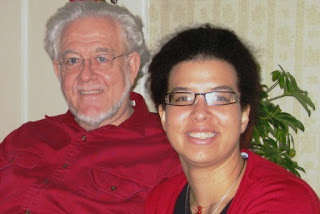 On Sunday, July 8 we’ll host a program with authors published in Confessions: Fact or Fiction? Authors will read from the anthology and audience members will be invited to guess whether the piece is in fact true or fictional. It should be challenging and a lot of fun, and will lead to a discussion on the boundaries between memoir and fiction . The program starts at 2 pm and readers include Michelle Brafman, Herta B. Feely, George Nicholas, and Tim Wendel. 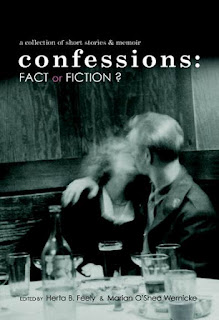 What are the boundaries between fiction and memoir? Can you, the reader, tell the difference between the two genres? And, how far can, or should, an author stretch the truth in the service of art?

Let me give you a quick test:

If you’re writing an essay and the story includes information about a dog-grooming company’s pink vans, is it okay to say the vans are purple because it sounds better in the sentence? How about in that same story, you change the name of a bar from The Boston Saloon to Bucket of Blood because it’s more interesting. And lastly, because this is a story about a boy who jumped from a building to his death, and you want to keep the focus on him, you change another death by jumping that same day to a suicide by hanging. How do you feel about that?

What if the author of that essay, which exists, told you that he made these changes because he feels his first duty is to art, his second to truth? Would you argue with him, as the fact-checker in real life did?

Let me switch gears a bit. When you read memoir, you expect the story to be true, right? But exactly how true? Pretty true, half true, or only a little bit true?

Generally speaking, there are many similarities between fiction (a made-up story) and memoir, (a story that actually happened to someone). Memoir uses many elements of fiction, just like a novel. They both develop characters, have a plot, use scenes, setting and dialogue.

So  let’s take dialogue. Everyone knows people writing memoirs make up dialogue, right? After all, who can remember what they said yesterday, let alone a decade ago? So let’s say we cut the author some slack when it comes to dialogue. I mean as long as they write it to the best of their memory, then it’s okay? If they adhere as closely to the “facts” as their memory allows, then we’re okay with that. Right?

But at what point, dialogue aside, is there simply too much fiction in a memoir to call it a memoir? For example, you might recall the million little lies in James Frey’s memoir, A Million Little Pieces? A book he’d tried to sell as a novel, but without success. Then, as a memoir, it became the 2nd biggest selling book of 2005! Is that because we the readers prefer a story that’s salacious, gritty, sexy, or sensational to be “true”? So what role, if any, do readers play in a writer’s impulse to stretch the truth? Or is the desire to get published the only motivating factor?

The panelists will argue these issues after reading short segments from their pieces in Confessions: Fact or Fiction? After each reading you will be asked to determine the story’s genre. This anthology of 22 stories (of love, lies, loss and betrayal) sets out to explore the murky boundary between fiction and memoir, and the writer’s obligation to the reader.

On Sunday, July 8th, 2 pm, meet a panel of writers (authors, and creative writing teachers) and listen to them battle it out! Your opinions count, so come armed! 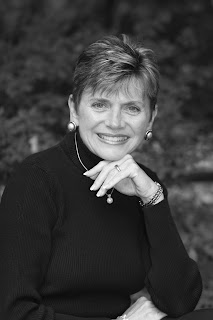 Herta Feely, co-editor of Confessions: Fact or Fiction?﻿
Posted by The Writer's Center at 2:11 PM 3 comments: