In celebration of National Poetry Month, The Writer’s Center is sharing prompts from current and former instructors. This installment includes a prompt from Lucian Mattison.


After reading a poem by Chilean poet Nicanor Parra—in which he instructs the reader to:

—I took the challenge quite literally and did so. People are full of contradictions—we live one way and idealize another, we say one thing, but do another—and it is inherent in the way we question and interpret our world.

Framing a poem between two contradictory statements is a generative exercise that allows the writer new ways of arriving at places and conclusions that may not have been reached otherwise. Basically, it allows us the possibility and privilege of surprising ourselves.

Try starting with one statement that sounds agreeable or mostly true and then try to end on a statement that refutes it. Whether it's a sonnet or not is up to you, the most important part is finding the road between point A and point B.

Lucian Mattison's full-length collection, Peregrine Nation, won the 2014 Dogfish Head Poetry Prize from The Broadkill River Press. His poems appear or are forthcoming in The Adroit Journal, Barrelhouse, Four Way Review, Hobart, Muzzle, Nashville Review, and elsewhere online and in print. His fiction is soon to appear in Fiddleblack and Per Contra. He is an associate editor for Big Lucks. To read more, visit lucianmattison.com.
Posted by The Writer's Center at 10:30 AM No comments:

In celebration of National Poetry Month, we at the Writer’s Center have been spotlighting the work of Poet Lore contributors. This final installment includes a brief Q&A with author Samiya Bashir about “John Henry’s First Real Swing—” from her sonnet sequence entitled "Coronagraphy" (Poet Lore 107 3/4). Visit Poet Lore's Facebook page for the republication of Bashir's entire sonnet sequence.

I stood hungry    near dead    and the man said
my hammer’d give us shelter    keep us fed.

That’s what he said. But instead I was drove
up these craggy mountain roads. I was gave

another hammer and a crust of bread
and not-enough slop to anger my plate.

I ate what I could. I practiced on wood.
I split rocks as the nights stretched long. I chipped

blocks of ice when I couldn’t sleep. Couldn’t
keep—listen—whether it kills me later

or now I’m gone. I know how. I know why.
I got these forty pounds of fire-bolt the

Sarah Katz: "John Henry's First Real Swing—" is one of a crown of sonnets about the relationship between "John Henry," a railroad worker, and his wife "Polly Ann." These characters appear in a supposedly "tall tale" about two people freed from slavery after the civil war, and the story centers on John Henry's desire as a steel driver to "beat" the strength of the steam-powered drill.

I'm drawn to the way this sonnet underscores the moment of the "real swing" into steel with that m-dash following the final line, and the way the following sonnet, "Polly Ann Has An Ordinary Day" shifts the balance away from the intensity of this image. Why did you make this choice?

Samiya Bashir: Stuck: something here about black folks—all of us no matter our gender, our shade, our size—finding ourselves together-and-apart in a cycle of oppression that fits us all a bit differently. Throughout these poems, John Henry and Polly Ann find themselves in quicksand of like origin. Their experience is unique to each of them, but both are being pulled under.

Notice: an aberrant incandescence wobble back and forth between and within them. Polly Ann is the tougher of the two in many ways no matter that John Henry is physically stronger. Both show off sharp foresight.

Wonder: can/will any foresight save them/us? Polly Ann opens the final sonnet with what might be read as echo, reformed and differently born: “I can tell our futures too. Listen here — ” She might/may/must be read as something entirely else too.

Feel: all of that difference. John Henry’s perspective is overpowering and close-up, hot and large compared to Polly Ann’s. He is legend, as you note, and she is footnote.

But: and here the form itself serves as coronagraph progressively eclipsing the direct light of legend, blinding as that can be, so we may see all that stands alongside.

Balance: must necessarily shift for us to see and embody. Beside the glare of “tall tale,” real lives are at stake. Polly Ann’s life is real. Her concerns are real—pedestrian-seeming even—but that’s life.

“Lift and drop. Lift and drop. Lift and — ” one finds fewer songs written about the moments after the dash. That’s what we celebrate, too. When resolved into chore, into overcoming; when focused into the longtime scale of life after loss (after loss) we more clearly see so much of what we fight to protect, of what and how we survive, of what we work to change in order to better fit our bodies and our spirits.

Samiya Bashir’s books of poetry, Field Theories (forthcoming), Gospel, and Where the Apple Falls, and anthologies, including Role Call: A Generational Anthology of Social & Political Black Literature & Art, exist. Sometimes she makes poems of dirt. Sometimes zeros and ones. Sometimes variously rendered text. Sometimes light. She lives in Portland, Oregon, with a magic cat who shares her obsessions with trees and blackbirds and occasionally crashes her classes and poetry salons at Reed College.
Posted by Genevieve DeLeon at 1:20 PM No comments:

Use Celestial Imagery: A Poetry Prompt from Instructor Canden Webb

In celebration of National Poetry Month, The Writer’s Center is sharing prompts from current and former instructors. This installment includes a prompt from Canden Webb.

Canden Webb has performed all over the U.S. with notable poetry organizations such as P4CM and True Voices, a young-adult poetry organization headquartered in NYC where she is presently, Director of the D.C. Chapter. Her poetry chapbook, Inside God’s Chrysalis, was published in 2008 and continues to inspire self-discovery through creative writing. She is a two-time third place winner of Busboys and Poets 11th Hour Slam and a graduate of Howard University where she served on the College Unions Slam Team. She resides in Virginia.
Posted by The Writer's Center at 10:00 AM No comments:

In honor of National Poetry Month, The Writer's Center is spotlighting recent and forthcoming books by Poet Lore poets. Browse the list of recent releases below, then click the book title to purchase a copy and support Poet Lore poets!

José Angel Araguz, Everything We Think We Hear, Floricanto Press, 2015

Robert Bense, Arguments in a Public Space and Listening to the Bowl Crack, Belle Fontaine Editions, 2016

Patrick Ryan Frank, The Opposite of People, Four Way Books, 2015

Gary Lark, In the House of Memory, BatCat Press, 2016 (forthcoming) 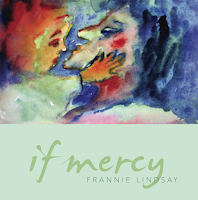 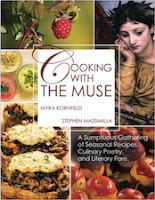 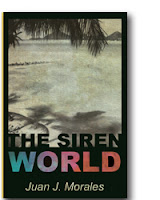 Janice Lynch Schuster, What Are Mothers For?, Three Acre Wood, 2015 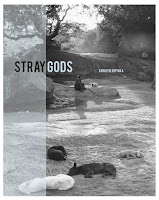 Naomi Thiers, She Was a Cathedral, Finishing Line Press, 2015, and inclusion in Veils, Halos, & Shackles: International Poetry on the Oppression and Empowerment of Women, Kasva Press, 2016 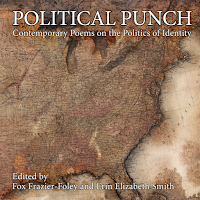 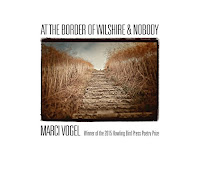 Marci  Vogel, At the Border of Wilshire & Nobody, Howling Bird Press, 2015