Going Back to Where it All Began 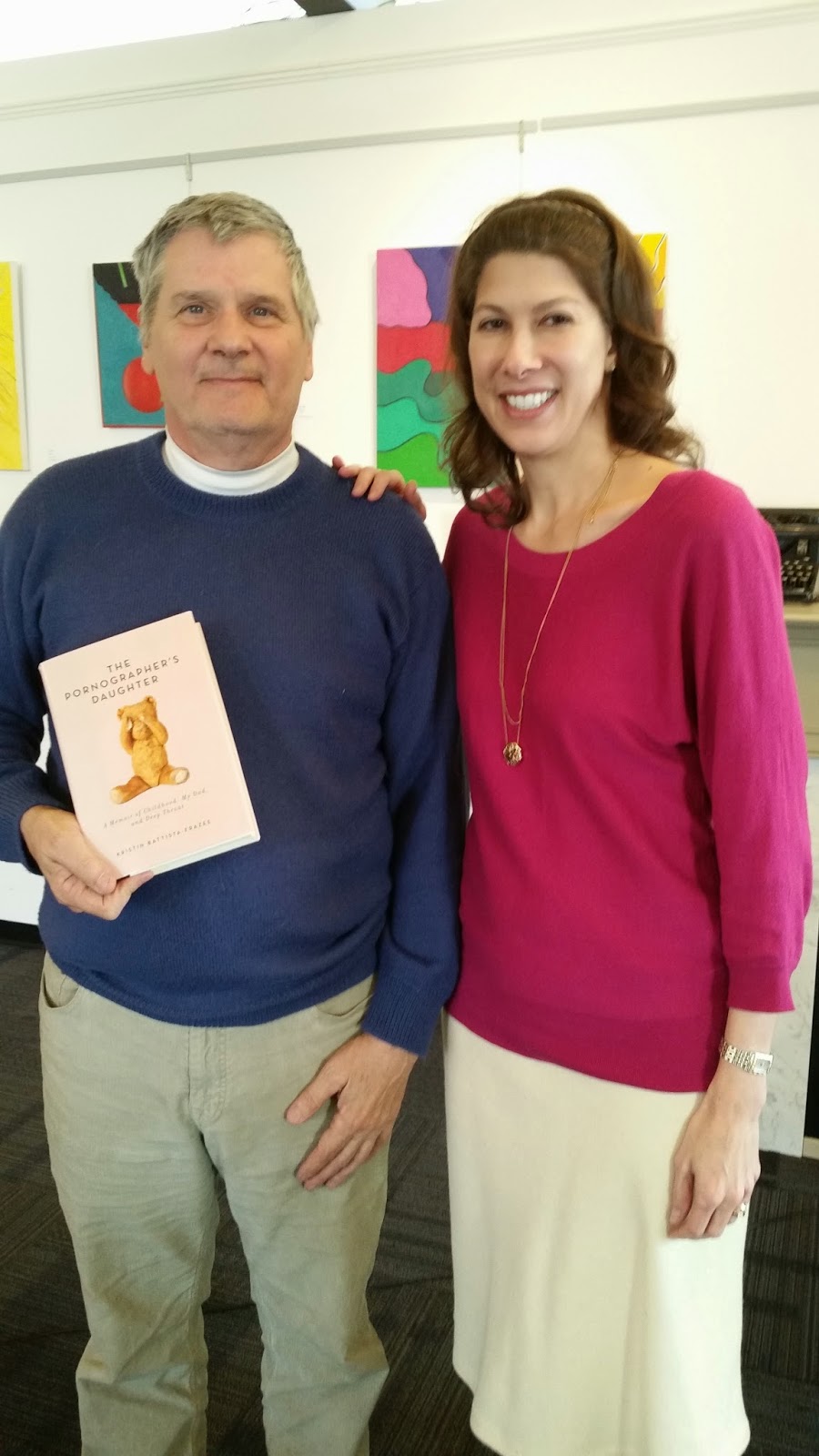 It’s always good to reflect back to the beginning. It gives you a chance to see how far you have come and gives clarity for future plans. On Sunday, March 22 I presented at The Writer’s Center and it was wonderful to recall the start of my writing career.

I first came to The Writer’s Center in 2006, and I didn’t have grand plans to be become a famous writer (although it would be nice) I just wanted to become a better writer for work. I enrolled in a business writing course where I met Rick Walter, teacher extraordinaire and perpetual optimist. Rick was the catalyst for me embarking on this crazy endeavor to get published. He took a genuine interest in my efforts to improve my writing and even after the workshop ended, we would meet to review my work. Most importantly Rick believed in my writing potential.

In one of those meetings I was brave enough to share the first 17 pages of what would be become my memoir The Pornographer’s Daughter.  I knew I had an usual story; my father was prosecuted by the federal government for distributing the adult film Deep Throat in the 1970s. The impact on my family was profound and shaped who I am today.  To tell the honest truth, those pages I provided to Rick were not very good, maybe even awful. But Rick recognized an opportunity and said the almost magically words, “I think this is sellable.” This changed everything.

After my meeting with Rick, I had the unshakeable desire to get published. It seemed a daunting task, but if Rick thought my story was worthy to print, maybe someone else would too. I had to try. So for the next eight years I juggled a full-time job and family life; I made my plans and wrote as much as possible to improve my skills. A had two-fold strategy. First, I had to become a good writer and secondly, and of growing importance today, I had to develop a platform to grab the attention of an agent and ultimately a publisher.  Here some things I learned along the way.

No doubt it was a rocky road to seeing my book on the shelves at Barnes & Noble. I lost an agent, gained a new agent, and suffered more rejections from publishers then I care to remember. But there were bright spots, too, like writing for The Daily Beast and having my story optioned to sell as television series, and finally a book deal with Skyhorse Publishing. My memoir was published in September 2014. What can I say, it has been a wild ride. It was great to come full circle and back to The Writer’s Center where it all began.

An Interview with Novelist Nicole Idar, Winner of a DCCAH Artist Fellowship Grant 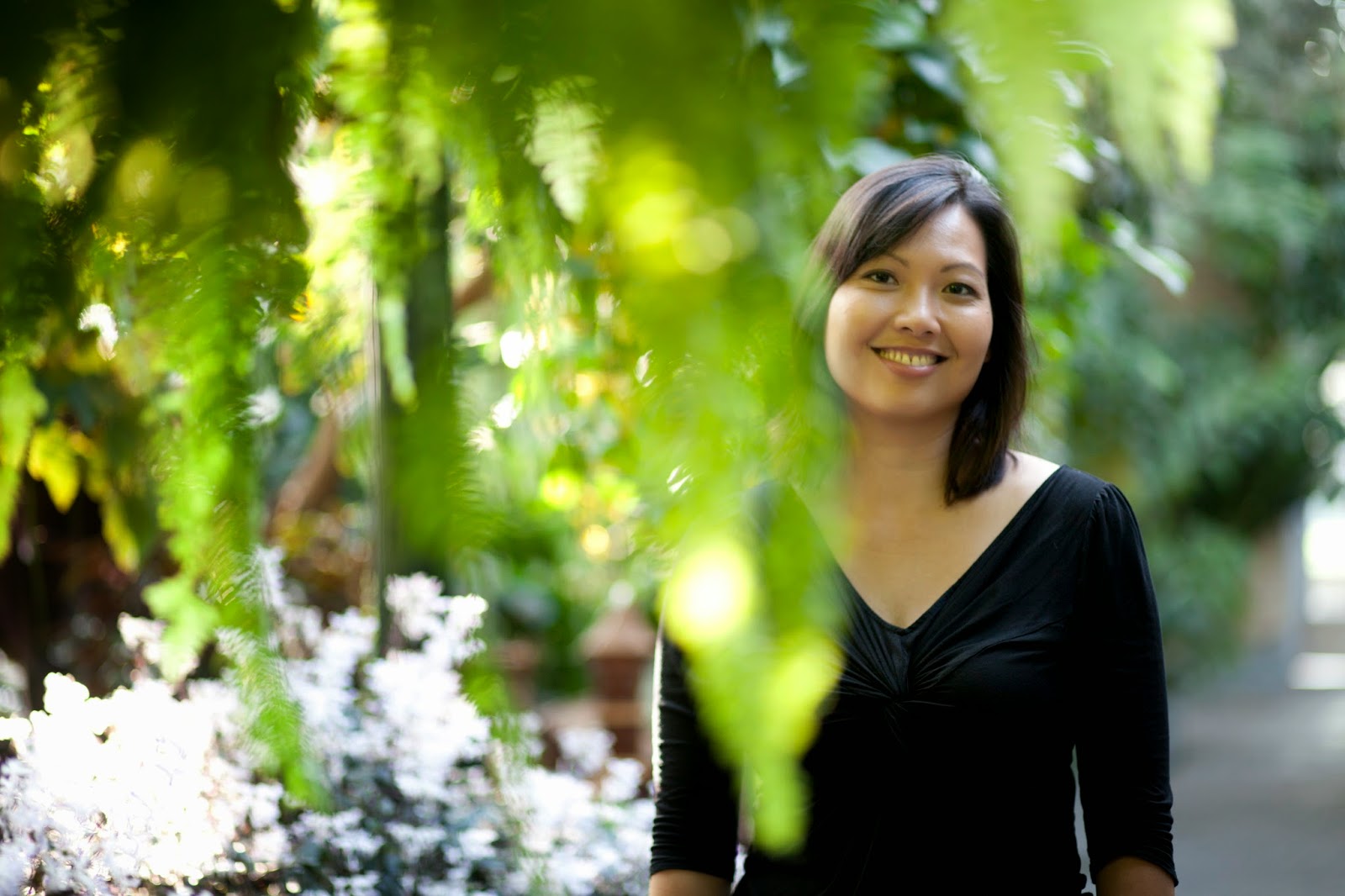 The Artist Fellowship Grant is a terrific opportunity from the D.C. Commission on the Arts and Humanities for D.C.-based writers who've been resident in the District for at least two years. The Writer’s Center’s 2012 Undiscovered Voices Scholarship recipient Nicole Idar was recently awarded $9,000 by DCCAH. We asked her about that and much more.

Tell me more about the grant.

The grant offers up to $10,000 and the benefits aren't just financial—there's a feeling of community from being part of a cohort of D.C.-based artists working in other fields, like visual arts and performing arts. The DCCAH offers career development opportunities specifically for grantees—one was a communications and marketing workshop led by Massey Media, a D.C.-based public relations company. I'm grateful to the DCCAH and the judging panel for this opportunity to be a D.C. Artist Fellow.

Tell me about your work.


I've just completed my first novel, a historical fantasy. I was born and raised in Malaysia, and in my fiction I find that I often draw inspiration from Asian history. The fantasy part—I grew up reading authors like Madeleine L'Engle and Ursula K. Le Guin and C.S. Lewis, and I think the fantastical elements in their works were what first drew me to their books. I also loved Enid Blyton growing up, and some my favorite Enid Blyton books were fantastical tales, like the Faraway Tree series; one of the best things about the Faraway Tree as I recall was that once you climbed to the top you didn't have to climb down again--there was this slippery slide inside the trunk, and you could ride on a little cushion all the way to the ground. I loved that idea and I still do. Fantasy appeals so strongly to the human imagination; I sometimes find that I remember the fantasy novels I read as a kid better than the realist novels I've read as an adult.

Right now, I'm working on a collection of short stories and some essays. I love translating Malaysian literature as well; I've been working on a couple of translations of works by some of my favorite contemporary Malaysian writers like Sufian Abas, for Asymptote, a journal of world literature in translation. I find that translations sharpen my instincts as a writer—I'm forced to notice how each word is used when I'm reading in a different language, and I find that afterwards I experiment more with syntax and word choice and style . . . it's as if reading or hearing a different language opens up new ways of expressing myself.

What are you reading right now?


OK, I am so excited to be reading this book: I got my hands on an advance copy of an epic fantasy, the first in a series, called The Grace of Kings by Ken Liu, a brilliant writer whose work has been recognized by all three major speculative fiction awards, the Nebula, Hugo, and World Fantasy. The Grace of Kings is about two rebels who become friends and then find themselves on opposite sides as leaders of rival factions in the battle for control of a fantastical world inspired by Chinese legends and history. I'm loving it. The book will be available April 7 for anyone who wants to check it out!

What are you watching right now?


Season 6 of The Vampire Diaries—I am obsessed with that show—and The Good Wife. I'm really worried about what I'm going to watch when those two shows wrap up. And I'm waiting for Game of Thrones to start up. I also loved an ABC sitcom that lasted for about 6 episodes or something; it was called Selfie and John Cho was in it. I really wish that show had kept going!

What is your advice to other writers?


I don't know if I'm qualified to offer any advice. I can offer an observation. When I was writing my novel, I felt like it was taking forever . . . I had these characters in my head and I'd write all these scenes without any clear sense of an overall plot, which can be a pretty messy way to write a book. Then I realized that these scenes I was writing was kind of like field research. I was observing my characters interacting the way a zoologist might observe a herd of elephants. I was quietly taking notes. Eventually, I found a structure and a shape for my novel, but for me at least, I found that I had to go through a period of quiet observation, getting to know these characters, before I could write the novel. Nothing I wrote in that period was wasted. It all ended up somewhere. So I guess if anyone out there ever feels discouraged while working on a novel, maybe say to yourself, "Hey, I'm doing field research!" I wish I'd thought of that back then!

Nicole Idar teaches writing at George Washington University and is editor-at-large (Malaysia) at Asymptote, a journal of world literature in translation. Her work has been published in World Literature Today, Rattapallax, and The New Ohio Review. In 2014 she was awarded fellowships from the D.C. Commission on the Arts and Humanities and the Library of Congress. She holds an M.F.A. from George Mason University and a bachelor’s degree in English from Harvard University, and she is the first Malaysian writer to be selected to attend the Clarion West Writers Workshop.
If you’d like to learn more about Idar’s work, visit her blog http://nicoleidar.blogspot.com
Author photo by Tyrone Turner.

March 21: Even though the Whole World is Burning

Poet Laureate W.S. Merwin has won almost every major poetry prize that exists, including two Pulitzers. His legacy is based not only upon his writings, however, but also the singular form of environmental activism and land stewardship he embodies.

Now in his 87th year, Merwin has dedicated over three decades to preserving and regenerating native plants and palms on a 19-acre site on the north shore of Maui, Hawaii. Called the Merwin Conservancy, the preserve holds the most comprehensive private collection of palms in the world, with over 800 species. These tangible actions for the environment go hand-in-hand with his poetry, offering important insights for an era marked by environmental degradation, human disconnect with natural processes, and rapid climate change.

Merwin is a vibrant, humorous, and challenging subject and has not been involved in a feature documentary before. Even though the Whole World is Burning is an intimate portrait of a man who is often called a “national treasure.”

The Writer’s Center will hold a free screening of the film on March 21 at 7:30 p.m., followed by a discussion of Merwin’s writing lead by Maryland Poet Laureate Stanley Plumly and novelist Howard Norman. This event is presented in partnership with The Environmental Film Festival.

Posted by The Writer's Center at 3:39 PM No comments: