A Busboys and Poetry event! *SPARKLE* Open Mic Poetry is a queer-friendly and focused reading series that has featured an array of LGBT-dedicated poets.
Hosted by Regie Cabico and Danielle Evennou. *SPARKLE* is held on the 1st Sunday of every month. $5 Cover. On the day of the event, tickets can be purchased online starting at midnight and in the restaurant starting at 10 a.m. at the bookstore store (cash only). No refunds. Ticket purchase limit of 4 per person. Tickets will be sold at the door if available. Guests must have their wristbands (tickets) on upon entering the event.

In a July 5, 1852, speech to a group of abolitionists, Frederick Douglass reminded them that for slaves and former slaves, the Declaration of Independence represented the unfulfilled promise of liberty for all. Phil Darius Wallace will give a dramatic reading of excerpts from the speech, followed by a discussion with Nathan Johnson, Supervisory Park Ranger at the Frederick Douglass National Historic Site, and History Professor Robert S. Levine, author of The Lives of Frederick Douglass.

Starting with Don’t Let’s Go to the Dogs Tonight and continuing with Cocktail Hour under the Tree of Forgetfulness, Fuller has kept readers riveted with stories of her unconventional family and early years in Africa. With her first novel, the accomplished memoirist draws on the history of her adopted home, the American West, to focus on the lives of two Native American men. Cousins, the pair grows up on the Pine Ridge Indian Reservation in South Dakota, but then their paths diverge. While one rebels against the unjust treatment of Native Americans and ends up in prison, the other lives quietly on the Reservation, teaching his sons Lakota ways. Thirty years later, the two men meet again, with explosive results.

Do you love reading, learning new things, and writing? Do you want to learn more about what it is like to do research and write stories? Join the National Archives and some of your favorite authors and illustrators for a free summer writing festival!

Dorothy Seyler will read from and discuss The Obelisk and the Englishman: The Pioneering Discoveries of Egyptologist William Bankes, her nonfiction account of the life of William John Bankes, a 19th-century pioneer in the field of Egyptology. Bankes, a gay man, faced persecution during his life, but traveled extensively and made major contributions to the understanding of Egyptian history and early civilization. Seyler will be joined by David Stewart, who reads from The Babe Ruth Deception, his recent mystery novel blending fact and fiction in an era when the national pastime was rocked by scandal.

Goodman’s eighth novel is a deft interweaving of different worlds, realities, and quests. At the heart of the book is Nina, a young high school teacher struggling to connect with her students, especially the talented but distracted Aidan. An avid virtual reality game player, Aidan is easily manipulated by the forces of a new game called Arkadia and crosses several lines. Can Nina, the daughter of Arkadia’s founder, bring him back to the ordinary reality of high school? Meanwhile, she falls in love with an artist and introduces him to her father, who hires him to draw for the game. As she did in The Cookbook Collector and Intuition, Goodman vividly conveys the dynamics of specific workplaces and shows how identity is deeply bound up with the work people do.

The author and writer for “The Wire” reads from his new short story collection, Basilio Boullosa Stars in the Fountain of Highlandtown, followed by a Q&A. Presented by Molotov Theatre Group.

Butler is a law professor at Georgetown University, a legal analyst for CNN and MSNBC, and frequent writer and speaker about issues related to racism and criminal justice. As a former federal prosecutor, he has special insight into these matters, understanding not only how the system works, but also how it can most effectively be challenged. Butler’s bold call-to-action starts with the need to abolish the principle known as The Chokehold, which is the popular assumption that all black men are dangerous, and must therefore be subject to rigorous policing. Butler has radical ideas for changing this and other racial biases, and he also looks at how black communities can use their own strengths to keep their neighborhoods safe rather than bringing in more police. Butler will be in conversation with Kojo Nnamdi.

Americans have a lot to be happy about. Entertainment is always at the tip of our fingers. Companies tempt employees with junk food and video games. We have apps that enable us to order pizza or have our laundry picked up with the tap of a button. In short, our culture is obsessed with the good life. Yet, we’re more dissatisfied than ever. In The Power of Meaning, Emily Esfahani Smith argues that we’ve been chasing the wrong thing. It’s not happiness that makes life worth living—it’s meaning. Drawing on the latest cognitive science research, as well as insights from literature and philosophy, and her own prodigious reporting, Smith shows that by developing a “meaning mind-set,” we can all achieve a deeper satisfaction.

This timely and important collection of essays by writers including Bryan Stevenson, Sherrilyn Ifill, and Jeremy Travis, examines the role of racism in the country’s criminal justice system and reports on the recent killings of black men and boys by police. Edited by Angela J. Davis, a long-time civil rights activist, advocate for prison inmates, professor of law at American University’s Washington College of Law, and author of Arbitrary Justice, the book discusses issues such as racial profiling, implicit bias, the disproportionate imprisonment of black men, mass incarceration, and the failure of the Supreme Court and other official bodies to reform the system.

Broken Glass Park centers on a teenage girl living under extraordinary circumstances—her family migrates to Germany, where a pattern of violence ends with the murder of her mother at the hands of her stepfather. The novel, which follows 17-year-old Sascha Naimann as she defines her independence and relationship with men in this coming-of-age story, questions major aspects of society such as the role of the media and the replication of violence.

Writer’s Center workshop participant David Goodrich reads from A Hole in the Wind: A Climate Scientist’s Bicycle Journey across the United States. The book took shape in workshops at the Center. A submission was published in The Potomac Review, and eventually his manuscript was accepted for publication.  The travel theme for the afternoon will include a reading by novelist and workshop leader Aaron Hamburger, author of Faith for Beginners, a novel in which an American family visits Israel.
Posted by The Writer's Center at 4:09 PM 1 comment: 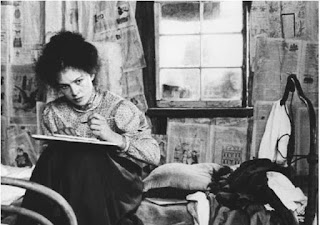