By Brian Price, author of Classical Storytelling and Contemporary Screenwriting

Any decent screenwriting program will tell its students that the very first writing manual was Aristotle’s Poetics, in which he examined the Greek tragedies of his day in meticulous detail to discern the patterns and recurring elements in the most successful ones.

These programs usually have their students read it, discuss it profoundly, and then summarily forget about it as they deal with more contemporary filmmaking realities.

Which is why, during speaking engagements, I’m constantly meeting screenwriters who say: “Yeah, we had to read Poetics, but couldn’t ever get through it. But it’s really just about Greek tragedies, right? Well, I don’t write those. I write superhero body swap serial killer comedies.”

Which is a shame.

Because what’s most interesting about Poetics, for writers today, is not what Aristotle had to say about Oedipus Rex. But what he had to say about Star Wars and Some Like It Hot. Because those observable patterns and universal principles he identifies and explores are not at all specific to Greek tragedy—but to EVERY successful dramatic narrative that’s ever been told. 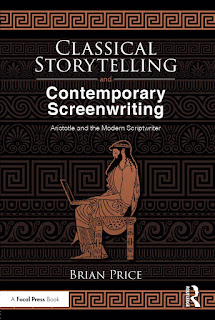 But for a full accounting of those principles and how you can utilize them in your own creative work to make it more successful (warning: shameless plug), you’ll have to read my book. In the meantime, I wanted to mention one of my favorite observations.

When discussing history’s most successful stories, Aristotle defines the craft of dramatic writing as simply “the art of telling lies skillfully.”

His point is that, as writers, we must embrace the artifice of our craft. We tell lies—but we tell them to reveal a bigger, general truth, a truth about the human experience.

I think about this whenever a student comes to me with a “brilliant movie idea” based upon some experience they had in their real life. They often think that if they can just get it down on the page precisely as it happened, it will make a great script.

That’s because movies are not life. Though the best ones certainly illuminate something interesting about life.

So a good story cannot simply be a depiction of events in another person’s life. It must show our lives reflected back to us in the experiences of that other person.

And for Aristotle, a story cannot accomplish that when it is strictly bound to what HAS happened. Instead, it must dramatize what MAY happen—what is POSSIBLE according to the same laws of probability and necessity that govern all our actions and outcomes. Only then can we relate the events to what COULD happen to us.

That is why the first rule in my writing classes is “…but that’s the way it happened” is barred from ever being spoken. I don’t care what actually happened. Your audience doesn’t care. The only valid reason for any choice you make in a story is that it makes the story BETTER.

For no matter how well it is written, it will matter to no one but the writer and those who participated in that history. It will have no resonance beyond the particulars, since it is just concerned with recounting the facts, not getting at the universal truths that transcend those facts.

But before you dream up some wildly fantastical movie premise, know that the opposite of this observation is just as true.

For every real-life TRUE STORY OF MY CRAZY COLLEGE ROOMMATE, I’m pitched THE ROBOT HOBBITS OF NINJA ALLEY, a story far too removed from real life to accurately reflect anything of it.

If we are looking for LIES to tell a GENERAL TRUTH then we must find a balance, a sweet spot between reality and artifice that allows truth to be spun from fiction, the universal from the particular.

I’m reminded of that movie written by that guy who grew up in Modesto, California with dreams of becoming a racecar driver while all his friends spent their dead-end lives simply cruising around the Malt Shop. His dad wanted him to join him as an office supply salesman and never quite understood his son’s wanderlust, leading to increased conflict between them. As a student at USC film school, this writer actually got to write about that experience growing up. What do you think he called this deeply personal work?

If you answered Star Wars, gold star to you.

George Lucas made a very personal film by taking his real feelings and concerns, and placing them within a fiction. By doing so, he made those experiences universal, by dwelling not on the facts of his adolescence, but on the truth of it.

As screenwriters, we must find that proper proportion of CREATIVE INVENTION and PERSONAL TRUTH. That balance allows an audience to laugh and cry and scream, and say, ah, that is my experience up there on the screen.

The personal truth makes it real, authentic, and believable. But the creative invention makes it universal, relatable, and accessible.

So while screenplays may contain lies, the spark that creates them must be a truth. A truth about YOU. Not just your experiences, but your passions and interests. Your fears and obsessions. What you dream about. What repulses or consumes you. But above all, the idea must be predicated on something personal that you care deeply about—or you will never have the necessary investment to devote the blood, sweat, tears, and time required to see it through to the end.

That then is the most basic and essential quality of a solid movie premise: If a screenplay is made of lies to get to general truths, then its foundation must be a truth about YOU that has been transplanted into a fiction, allowing it, through your experience, to relate a universal one.

And if you don’t believe me, go ask Aristotle. 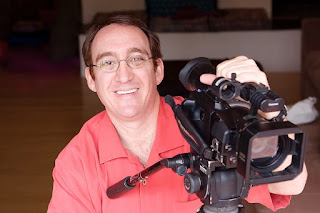 Brian Price is a screenwriter and screenwriting professor who teaches at UCLA, Yale, and Johns Hopkins. His new book Classical Storytelling and Contemporary Screenwriting, an examination of the universal patterns and recurring elements found in the great dramatic narratives throughout history, from Oedipus Rex to The Incredibles 2, can be ordered at: https://www.amazon.com/Classical-Storytelling-Contemporary-Screenwriting-Scriptwriter-ebook/dp/B0789HXHQH
Posted by The Writer's Center at 9:14 AM

?I was more than happy to search out this web-site.I needed to thanks for your time for this glorious read!! I undoubtedly enjoying every little bit of it and I've you bookmarked to take a look at new stuff you weblog post. casino bonus

Nice to be visiting your blog again, it has been months for me. Well this article that i've been waited for so long. I need this article to complete my assignment in the college, and it has same topic with your article. Thanks, great share.
complete course work for me

If you are stuck with your Management assignment then in this case you can opt for our Management Assignment. we provide the bestOnline home work.We also provideLeadership Assignment Help for students across the globe. for more information contact us +16692714848.

Ducat digital marketing training institute in noida as per the current industry standards. Our training programs will enable professionals to secure placements in MNCs. We are providing our world-class training facilities for all the students who want to become professional.

Your post is very great.i read this post this is a very helpful. i will definitely go ahead and take advantage of this. You absolutely have wonderful stories.Cheers for sharing with us your blog. python training in noida

Your post is very great.i read this post this is a very helpful. i will definitely go ahead and take advantage of this. You absolutely have wonderful stories.Cheers for sharing with us your blog
autocad training in noida

My Name is Abhay Kumar. I’m a Blogger living in India. I am a fan of technology, design, and writing. I’m also interested in programming and blog. I would like to share articles related to SEO, blogging tutorials, WordPress Tutorial, Make money online. You can read my blog.
python training institute in gurgaon

My Name is Abhay Kumar. I’m a Blogger living in India. I am a fan of technology, design, and writing. I’m also interested in programming and blog. I would like to share articles related to SEO, blogging tutorials, WordPress Tutorial, Make money online. You can read my blog.java training in gurgaon