A DEPRESSION CHILDHOOD IN ELMHURST, ILLINOIS 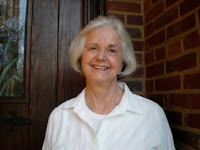 In the 1930s when everyone was poor, complaints about clothes salvaged from the Missionary Barrel would evoke a reproachful reminder from our mother, “Other children are suffering.” Shoes, however, were always bought brand-new. Mother had bunions; she was fanatical about a proper fit for growing feet. Perfect size leather lace-ups were guaranteed by the shoe-store fluoroscope, an X-ray machine widely employed to fit children's shoes, until some authority thought of the cancer risk.

Our next-door neighbor, Mr. Schleiner, committed suicide because he lost all his money in the stock market. His daughter Grace was in the same grade as my brother, Paul. Mean Gracie tattled on us when we ate some of her mother's raspberries from the bushes that leaned over onto our property, so I hated her. I was sorry, however, when I learned that her father might not go to heaven. I pled for him, but mother who understood such matters was doubtful. "It depends whether he accepted Jesus as his personal Savior." Gracie had to move away because of the lost money. Her house was empty for a long while. The raspberries were there for the picking, but, as is the way in such matters, they didn’t taste as good as before.

A railway ran along our big back lot behind a row of bright hollyhocks. We waved to the conductor, balanced on the rails and smashed pennies stuck onto the tracks with chewing gum. I solved one of my first scientific questions: Which sense is first aware of an approaching train? I lay balanced against a track. When I felt a vibration, I rolled down the embankment. Then I would hear the whistle, and then see the approaching engine. My place on the track was warm in the sun, and sometimes I dozed. Although I always rolled to safety in plenty of time, I decided to quit experimenting before my sister, Eva, told on me. I didn’t want to risk a spanking, or worse, a prohibition from going into the back lot.

Most of the traffic on the Aurora and Elgin was commuter trains, but freight trains also rumbled down the tracks. They delivered a plentiful supply of hoboes to our back door. "Hobo," one of us would yell when we heard the knock. It was a perfectly respectable appellation, as far as we knew. It never entered into our heads to be afraid of our visitors. Rather, I longed to hop a freight with them and live a far-away life of thrill and adventure. Then mama would pine for me – sweet revenge.

Mother kept twine and a pile of old clean sheets torn into squares in the pantry. We would help her make baloney and mayonnaise and peanut butter and jelly sandwiches and wrap them in wax paper. She would tie them into the cloth squares for convenient carrying, along with an apple if we had one. A tract that explained how to get Saved was placed in every package. Hoboes usually carried their own sacks, but mother wanted her food to stay clean. Besides she wanted to be sure the hoboes received spiritual sustenance along with their daily bread. Cleanliness and Godliness in one convenient packet.

Ann Barnet grew up as the daughter of a minister. She became a physician and medical researcher at Children’s Hospital in Washington. In 1980, she founded a community center, The Family Place, which serves low-income expectant parents and preschool children. She is writing a memoir called, “Border Crossings: A Spiritual Journey in Medicine.”

Our family lived in the town of Elmhurst, a half hour from Chicago on the Aurora and Elgin Railway. My father took the train each morning to work in Chicago. The track ran along our big back lot behind a row of bright hollyhocks marching along the edge. We waved to the passing trains, balanced on the
Posted by The Writer's Center at 3:00 AM

A very good story, it takes me back to my mother’s stories of growing up in the depression era, and how little some folks had to eat. She talk about tomato dumplings and her aunts living in tents down by the river, while their husband’s mussel to earn money. One day your story maybe a book.

A lovely evocation of a difficult time. My grandmother in north Alabama would start making sandwiches when she heard the train whistle.