David Taylor: On 1930s film pioneer Leo Seltzer and Soul of a People 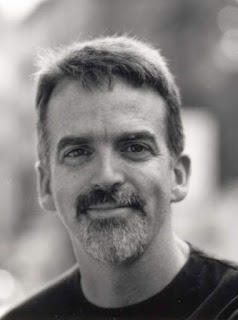 David A. Taylor is a workshop leader at The Writer's Center. This winter, he will teach a workshop called Starting a Documentary Film Project. (The winter workshops will go live on Friday, so check out David's workshop then at www.writer.org.) David wrote and co-produced the documentary Soul of a People: Writing America’s History and is the author of Soul of a People: The WPA Writers’ Project Uncovers Depression America (Wiley). You can learn more about Soul of a People at the book's blog, and you can learn more about him and his other books at his Web site. 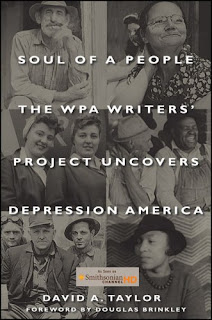 This Sunday evening at Busboys and Poets, you can enjoy the surroundings and a bite or a drink while you watch the drama of David's compelling documentary (view a trailer here on Youtube or below) and experience the thrills of this 1930s story (with Richard Wright, John Cheever, Zora Neale Hurston, Studs Terkel and more!), then join in a Q&A with the filmmakers afterward. You'll also be able to get your signed copy of the Soul of a People book (which features a chapter on DC)...

But here's the meat of this post: David writing on Leo Seltzer, a pioneer filmmaker in the 1930s:

One morning four years ago I took the train into Manhattan for the sole purpose of hand-carrying Leo Seltzer’s 1938 film, The Technique of Fresco Painting, from his house on East 69th Street across to West 55th Street for duplication. It would have been cheaper to courier it over instead of my making the 90-minute trip from where I was living in Connecticut, but that wouldn’t work for Leo.

I had met Leo a few months before, tracked him down in the course of making a documentary about 1930s culture (Soul of a People). Seltzer’s film First Steps had won the 1947 Oscar for best documentary, but it was his earlier work as a social documentarian in the 1930s with the radical Workers Film and Photo League that drew my interest. I had seen his early films, which captured strikes at Detroit auto plants, the 1932 Bonus March where thousands of World War I veterans were tear-gassed and scattered by government troops, and Supreme Court protests. Seltzer’s films had a visceral feeling and showed the 1930s as a dynamic time, not simply one of breadline newsreels. When I called him, he said he had fallen into film by chance.

He’d studied engineering after high school, but when the Crash of 1929 wiped out engineering jobs he figured he’d be a painter instead. At the painting studio in lower Manhattan, his knowledge of how to fix lighting set him apart. The filmmaking group was nextdoor. “Someone figured that because I set up lights I could do the same for the filmmaking studio next door.” When he went to see, he found the film group more interesting and became a filmmaker. 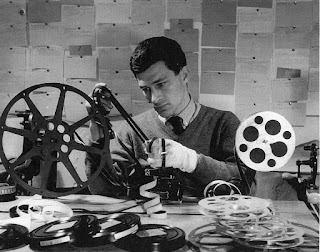 He prided himself on being more technician than social theorist. “If I photographed a picket line, it was people picketing,” he said. “I was picketing with a camera.” He liked when an article called him an unemployed worker with a camera. “That’s what I was,” he said. Seventy years later, he still had the Eyemo camera that he’d carried through the city shooting homeless people in a hooverville on Twenty-third Street, longshoremen, striking factory workers, midtown construction workers. It was his education. “Often I slept on the cutting-room table, wrapped up in the sheet that we used as a projection screen.”

He made films that were 35mm soundless. (Sound had been around for several years but few theatres were equipped for it. Soundless was cheaper and better suited for screenings in union halls and churches, he said.) The audience provided the soundtrack, with boos or applause, depending what was on the screen. Often the audience was seeing themselves or their coworkers. “When these people saw themselves picketing on the screen, it gave a morale boost.”

After several years with the League, he needed a paying job. He joined the Federal Art Project, the only filmmaker in the New York office. His 1938 film on how to make a fresco followed the progress of a WPA mural as it went up in Evander Childs High School in the Bronx. Seltzer used all the tricks he could, from time-lapse footage to verité street shooting, plus a surprise burst of color at the end, for the completed mural (he had stashed a reel of Eastman color stock). I found no other copy of the film, so during my first visit he set up his projector on a coffee table. It was unnerving to see this 95-year-old on one knee, leaning over the projector he hadn't used in nine years, but he insisted on doing it himself. When the image lit up the living room wall, I felt like I was watching something from a lost world.

Leo was understandably wary when I asked to make a copy (although it’s in the public domain). I found a place that could duplicate it in one day and Leo finally agreed to the plan. I’d come late in the morning, which left just enough time for same-day duping.

That morning, within a few minutes of my ringing his doorbell, Leo appeared in his red bathrobe with black lapels. He handed me the ancient brown box with the reel and I took off. Traffic snarled around Central Park and my driver complained, but we finally made it across the park and down Broadway.

I was filling out a form when Mike the technician came in from prepping the film and said, “We have a problem.” He led me back and pointed to the film. It was fluting at the edges – it wouldn’t sit flat. There was a risk that the telecine would damage it. The perforations were good, but a vinegary odor signaled that the print was decomposing. He shook his head, but if Leo and I insisted…

Eventually he went ahead. I watched as he sat at the console. The shots were beautifully composed, just as they’d looked on Leo’s living room wall. “Not as bad as I thought,” said another technician who had come to watch. Color bloomed at the last minute. Mike said it was better preserved than films not nearly as old. Rock on, Leo, I thought. I had time to kill while they finished the copies so I circled the block, imagining how Leo would have seen the spot 70 years before.

“I would describe my politics of that time as anti-government,” he’d told me. “To me, it was simply the haves versus the have-nots. And being one of the have-nots, I was very much involved in the thing.”

I gathered up the film reel, digital tape, and the VHS copy for him, and started back to Leo’s place. Ultimately his film gives Soul of a People some of its most authentic moments of WPA artists at work in the Bronx, and street scenes he filmed on Manhattan sidewalks.

Labels: David A Taylor, Documentaries, Soul of a People