The Degrees and Day Jobs of Poets
from M.F.A. to M.D.

Most, if not all, poets have day-jobs out of the necessity. Some of the day jobs of famous poets include editor at a publishing house (T.S. Eliot), insurance executive (Wallace Stevens), and medical doctor (William Carlos Williams). It is estimated that Williams delivered 2,000 babies in New Jersey, where he had a private practice and later was head pediatrician of Passiac General Hospital between 1910 and 1952.

Poet Michael Salcman, who is a medical physician specializing in neurology, will be reading from his collection The Clock Made of Confetti (Orchises Press) with poet and fiction writer Gerry LaFemina this Sunday as part of the Open Door Reading Series at The Writer’s Center. 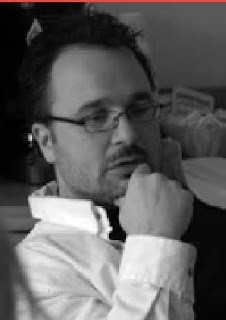 Gerry LaFemina, director and teacher at the Lyric Center for Creative Writing at Frostburg State University, will read from his latest collection of stories, Wish List. As this exert from Silenced Press shows, LaFemina sounds like a wonderful teacher:

“Imaginative writing requires an image,” he says, “the relationship between abstractions and image is crucial to poetry.” LaFemina continues, “I look for images and usually image comes connected to some aspect of language that makes it compelling to me. For instance, about a year ago I was walking through Frostburg and saw that the chestnut tree in front of the Catholic Church had been shedding its nuts. And the husks had cracked, squirrels had come, etc.
So I ended up with the line: Open husks of chestnuts on the streets by St. Michael’s. I liked the rhythm, the “uh” sound of husks and chestnuts.
But then I have to ask: Where is this taking me? So I have to pursue, running with the idea of hollow spaces. In early drafts, then, I followed it in this way:
the empty space like a mouth agapelike her spot in the bed now that she’s gone,like the tomb of Jesus on the third day.
Now I had no idea I would get to this! Of course, the Catholic Church setting helped, as did the word “agape” which is also agape–the term for Christian love. But one has to have these images gathered in order to shuffle them up. One has to trust the leaps one makes.” Read more here.
Poets, doctors, teachers, each examine and pick at our brain with metaphorical scalpels. As Dr. Williams said, “When they ask me, as of late they frequently do, how I have for so many years continued an equal interest in medicine and the poem, I reply that they amount for me to nearly the same thing.”