Just What is Turducken Anyway? 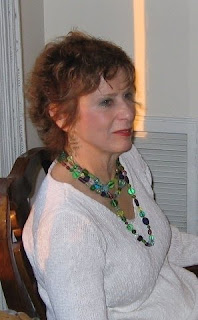 In Case you Missed it
by Norma Tucker

Sunday afternoon after Thanksgiving while savoring an avocado and tomato omelet at a new eatery in tony downtown Bethesda, Maryland there was a moment when I thought, I can’t digest another morsel of food. I didn’t heed that visceral warning. In my right hand, I held a slice of French bread spread with delicious French chocolate. I bit into that “another morsel,” and instantly I knew. I had tipped “the angle of repose.”

That weighted morsel offended the precarious balance of my digestive system. I felt an immediate sensation of spinning followed by a long twenty-four hours of anguished nausea. Not the existential metaphysical nausea Jean Paul Sartre writes about – the real thing, the one we all know, as we open cola or ginger ale bottles and let the liquid go flat before drinking to calm our queasy inners.

At Thanksgiving dinner, we feasted on turducken, artichoke and sausage dressing, caramelized onions, sweet potatoes with marshmallows and pineapple, mashed potatoes prepared by a Czech guest, marzipan cake, creamy gelato with peach tart, sauces, gravies (this list, just a sampling; there was more). The day after, on Friday, with my children, their spouses, and my grandchildren, we spread all the leftovers on the kitchen counter for a mammoth family lunch. On Saturday before I left my New York family to head back to my home in Bethesda, I picked on the cold, odd shaped pieces of turducken in its foil pan. Satiated, I pushed it away.

What is turducken, you may ask? I did. I thought perhaps it was a town in Ukraine or an Eastern European last name no one bothered to change to something like, Tucker. (I sat next to a man on the bus trip to New York whose last name is Turkenbrodsky. I think there’s a kind of cosmic action at play here). Actually turducken is a food, a boned chicken stuffed into a boned duck, both stuffed into a boned turkey with wings, cornmeal, sausage, apple and nuts or bread stuffing between the layered bird.

Supposedly the concept for this dish is centuries old. Its contemporary form is traced to Maurice, Louisiana at a place called “Hebert’s Specialty Meats.” Hebert’s began producing turduckens in 1985 when a local farmer came in the store with his birds and asked Hebert’s to prepare them as he described. Now Hebert’s produces about five thousand a week. If you visit Maurice, you’re cautioned to drive slowly, you may miss it. If you do, you can keep on driving to the branch of Hebert’s at The Galleria in Houston, Texas


I’m thinking of serving turducken at my annual Chanukah party, the one time of the year I gather together in my home members of both my immediate and rarely seen family and a few displaced friends. I usually make brisket using a recipe in The Joy of Cooking, but it’s hard work to prepare for twenty-five (give or take) people: shopping and schlepping pounds of this dense meat, searing and seasoning, cooking, cooling, slicing, marinating, reheating. I thought I’d do chicken this year, the way my Granma Tarses did – cooked to an unbelievable tenderness and flavor. My cousin, Carolyn in Texas, told me the secret to success for this type of chicken dish is lots of onions. Granma added soft meatballs to the final cooking. I would skip the balls. My guests won’t be able to taste my nostalgia.

This musing about food is exacerbating the last remnants of my nausea. Maybe, I’d feel better if I had not succumbed to the hand-made white chocolate confections my cousin Mark from San Francisco makes. He visited me later on Sunday as the queasy was moving up and down my digestive system. I refrained from the white chocolate during his visit, but somehow my hand got into the container the next day, as I started to feel the queasy recede.

I talked to my friend Sharon with whom I had lunched. She, too, suffered from her last morsel, though she thinks it was the coffee. We each had ordered the same type of omelet (could the three eggs have come from a turducken) our only difference was that she drank regular coffee with milk, and I had black decaf. When I saw her the next evening at our book club meeting, we were both drinking tea.

Back to the land of Turducken. There are a number of mail order producers on the web touting turducken as a Cajun specialty. I located only one local store that sells them. Frozen at about fourteen pounds costs seventy-nine ninety-five, or they will put together a fresh twenty-two pound one for a hundred fifty. (Talk about tipping the balance). Nostalgia may cost less, but turducken is an experience, an opportunity to create new nostalgia (not to be confused with nausea). But our ever nouveau seeking society will probably add a goose to encase the turkey and a squab to fit into the chicken. Wonder what they’ll call it. I think I’ll have another cup of tea.
***

Norma Tucker has blogged at First Person Plural here and here. She is a native of Baltimore, Md., now retired after over a twenty-five year career in higher education administration. She served at a Maryland community college, a women’s college, in associations, and in university and international institutions. She is now fulfilling her long-time desire to write short stories, a memoir and essays with occasional ventures in poetry. She has participated in numerous workshops at The Writer's Center.
Posted by The Writer's Center at 11:00 PM