Here's the conclusion to the interview with Matt Bell, begun yesterday. I'm particularly struck by his description of a "book story."

KS: In your short fiction, from the stories published in How the Broken Lead the Blind to The Collectors, there's a wonderful conciseness of language that becomes poetry. Take "Once She'd Been a Brunette," for example; so much life, so much heart, is given in so few words. Can you talk about how important it is for fiction writers to work in the margins between poetry and fiction? What can fiction writers learn from the brevity of poetry? 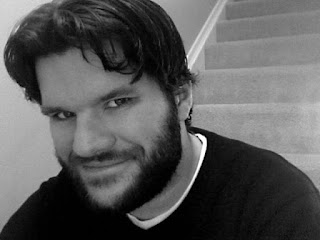 MB: One of the hardest aspects of writing for fiction writers to talk about is language and the way we use it. I don’t know exactly why that’s the case, but I think that it’s partly because fiction writers—unlike many poets, who in my experience have developed a very large vocabulary for describing their work—often have a more limited set of terms with which to describe what they do. Most of what we're taught in MFA programs and other types of workshop settings has to do with plot or point of view or characterization or setting, rather than rhythm and sound and language, which probably makes sense, in some ways. Plot and story are probably what attracts most writers to fiction in the first place, with language emerging as a primary concern only later. So reading essays about poetry or taking poetry classes can be a great way to get a jump start on learning some of the vocabulary that fiction writers generally lack, which in turn allows you to think a little deeper about language than maybe you have before.

In general, I've always gotten a lot out of time spent seriously reading certain poets, and certainly out of taking poetry classes—I'm not a poet in any way, but just hearing the concerns of people who are has taught me a lot. In undergrad, I took several playwriting workshops toward a similar end. Working under a different set of constraints forced me to grow in ways that fiction hadn't up to that point. I think that there's a lot to be learned by crossing over to another genre, as a reader or as a writer.

Thankfully, there are fiction writers who do know how to talk about language and sound in more concrete and useful terms. Gary Lutz's Believer essay "The Sentence is a Lonely Place" is an excellent example, as is "A Ribbon of Language That Can Be Heard Without Speaking," an interview from Unsaid between Michael Kimball and Blake Butler. I've returned to both of these pieces over and over again during the last year or so, and continue to learn from them.

KS: In 2010 you will publish a collection of short fiction, this time with Keyhole Press: How They Were Found. Can you talk about that collection? What should readers expect?

MB: How They Were Found is made up of twelve stories plus The Collectors, giving people who missed getting one of the limited edition Caketrain chapbooks another chance to own a print copy of the novella. At the time I began assembling the manuscript, I’d published about fifty stories, and had another half-dozen or so that were out making the rounds that I was pretty sure were among my strongest works yet. Michael Czyzniejewski, the editor at Mid-American Review and author of Elephants in Our Bedroom, was a great help to me during this process, reading the first long-list draft of the collection, which included every story that I thought might be something I’d want to include. One of the best pushes he gave me was to learn to distinguish between what was a “book story” and what wasn’t. That was a great way of thinking about things that helped me cut out stories which I think are good—like “BeautyForever,” which you mentioned earlier—but that, for whatever reason, probably won’t be collected and certainly didn’t fit into this book. In that story's case, it's maybe a little too derivative? That's a clearly Saunders-esque story, and the fact that I can so easily point out its literary ancestors probably means I was right to leave it out of the book, even though it’s a story I’m proud of and really enjoyed writing.

What was left: These thirteen fictions, which I think represent me best as the writer I am right now, showing off what I believe are my most distinct qualities, while also (hopefully) coming together to make a book that is more than the sum of its parts when read as a whole, instead of jus a random grab bag of stories I've published. In the end, this meant very little older work made it into the book: There is only one story in How They Were Found that was written before the summer of 2008.

KS: Many of the stories in How They Were Found have been published in various literary journals, and you yourself are the editor of The Collagist. Everyone talks about the slow decay of publishing, but one thing that's often overlooked is that there's a wealth of literary journals and small presses, like Keyhole, who're publishing some seriously good work. I like to ask this question to writers and editors: Where do you see the future of book publishing going?


MB: I don't think the situation is nearly as dire as it's made out to be, at least for most writers, who were never going to be part of the big press end of the business anyway. Obviously, the big presses are struggling and will continue to struggle—for some reasons that are of out of their control and also others wholly of their own making—but that's not the same as saying that literature is dead, or that fiction is dead, or that no one reads in this country, or that e-books are killing books, or any of the other "truths" constantly being trotted out in all these doomsday articles that seem to crop up every day now. I don't know personally what the future of book publishing is, but I do think it's more likely to be figured out by the great indie presses than it is by the giant conglomerate presses in New York. I think it’s most likely that publishing is headed in a direction that is similar to that of the music industry, where small and independent labels have become a driving force not just artistically but financially as well.

Looking at literature purely from an artistic point of view, I don’t see any doom and gloom at all: This is an incredibly exciting time to be a reader and a writer and an editor. There's so much talent out there right now, and so much great work being written and published. The indie presses like Dzanc and Keyhole and ML Press and Publishing Genius—all less than five or six years old—are, in my mind, publishing some of the most innovative and interesting work around, as are the independent magazines like Hobart, Barrelhouse, Unsaid, and New York Tyrant. Plus there's the Internet, with its own plethora of literary magazines—1200+ online, when we did our search for Best of the Web. It takes an awful lot of writing to fill all those magazines, and much of it is very, very good. And those are just the newer magazines and presses. There’s tons of important and enjoyable writing being publishing by more established houses and journals, including the biggest presses and magazines.

The economics of literature may be changing, but that's only one aspect of it, and hardly the most important. I feel very fortunate that I spend most of my time as a writer and an editor with people who are actively trying to push forward the state of our art, rather than just moaning about its impending end. I have no doubt that many of these people I’ve had the pleasure to meet and work with and befriend over the past few years are—each in their own way—contributing right now to make whatever future literature awaits us.

If you'd like to learn more about Matt Bell, visit his Web site at http://www.mdbell.com/.
Posted by The Writer's Center at 10:33 AM