Etching My Own Path 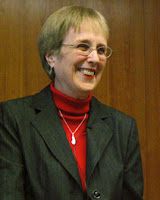 I was one year out of college, working as a secretary in New York, just another English major who wanted to be Jane Austen, when my roommate’s boyfriend, a writer of westerns that sold, arranged a meeting for me with his agent. Mr. Raines held a folder in his hands, in it a few of my short stories and a poem. He said something negative about the stories that  I don’t remember. Then he picked up the poem and said “Now this. Write me two-hundred of these, and we’ll do a book!” I’d had one poem published, in my college newspaper, one of those youthful rants about the poor in an unjust society, but what I really wanted to do was write stories. Why was it so hard? Should I shift gears? I decided to take the agent’s advice. Shortly after that, I won honorable mention in a sonnet contest.
And then I gave it all up. Marriage and family, a Catholic girl’s dream, altered everything.  A slew of love poems to my fiancé, one to my firstborn. That was all. It wasn’t until my older boys were in school that I realized, like Miss Clavel in Madeline: something is not right. I had been denying my creative side long enough. But what to do? Paint? Write? I could paint, but not as well as my brothers. I could write, but I’d sold my Olivetti when we needed cash. No real writer does that, does she?
To paint meant having oils and turpentine around the house. My youngest son, ever curious, had been known to swallow toxic substances. Pencil and paper were far safer. And thus my poetry was born again using a number 2 Ticonderoga pencil and a stenographer’s notebook.
Moon and Mercury was published in 1990, and then, seven years later, a chapbook, Troubled by an Angel.  Though there were times when I wondered why am I doing this, somewhere in all those years I had an epiphany: I couldn’t not write. I continued to send out, encouraged by publication of individual poems and occasional prizes. My full-length manuscripts were finalists and semi-finalists. I refused to give up, but also kept my expectations low.
In late January 2010, I received word that Grace Schulman, a poet I greatly admire, had selected Zorba’s Daughter for the 2010 May Swenson Award. It had been a finalist four times in other contests. Now at last it had won.  I couldn’t believe the news. Even when the book was in the final stages of production, I kept asking myself is this really happening?
Zorba’s Daughter was published in June, barely three months after my chapbook, Out-patients. There had been a long wait.  Now there were two books in one year; I was either very lucky, very blessed, or both.
In the fall of 2010, I did a book tour, reading at Utah State, Brigham Young, and the Humanities Council in Salt Lake City. I also did a radio interview for Access Utah, and was officially presented with the award.
A high point for me was visiting Swenson’s grave in Logan. Her monument is a stone bench with lines from her poems chiseled in. I sat there, feeling close to her, still thinking pinch-me-is-this-real. Although I’d studied her in grad school, it was this trip west that got me reading her again. Harold Bloom considers Swenson fully comparable to Elizabeth Bishop, arguing that “this shared eminence will not be clarified until all of Swenson’s work is brought together.” (There is as yet no Collected poems.)
Some closing thoughts on Zorba’s Daughter, which has two epigraphs from Nikos Kazantzakis’s Zorba the Greek:
“When everything goes wrong, what a joy to test your soul and see if it has endurance and courage! An invisible and all-powerful enemy—some call him God, others the Devil, seems to rush upon us to destroy us; but we are not destroyed."
“I felt deep within me that the highest point a man can attain is not Knowledge, or Virtue, or Goodness, or Victory, but something even greater, more heroic and despairing: Sacred Awe!”
These two quotations reflect the themes of spiritual struggle and survival that pervade the book, themes I thought were exemplified by the cover art, a sculpture of “The Flute Player” by Camille Claudel. The flutist is completely absorbed in her music. How fitting, then, that she appear on the cover, to tempt the would-be reader, first the eye, and then the hand--to turn the pages of Zorba’s Daughter.
Elisabeth Murawski is the author of Zorba's Daughter, winner of the 2010 May Swenson Poetry Award, Moon and Mercury, and two chapbooks, Troubled by an Angel and Out-patients. Hawthornden Fellow, 2008. Publications include The Yale Review, Southern Review, Field, Denver Quarterly, and others. A member of The Writer's Center since its Glen Echo days, she resides in Alexandria.
Posted by The Writer's Center at 12:59 AM

Elizabeth, so good to hear your book was selected for the award. I'll look forward to reading it--here in Sydney, Australia...