The Author Who Wrote from Her Life: A Profile of Heidi Durrow

The Author Who Wrote from Her Life: A Profile of Heidi Durrow
by Zachary Fernebok 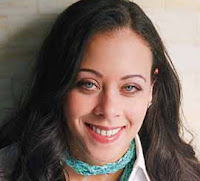 Growing up in a racially divided town, Heidi Durrow would often describe herself as “black and white” to satisfy her curious community. Issues of race, class, and social injustice would later inspire her novel The Girl Who Fell from the Sky the first recipient of TWC’s McLaughlin-Stearns-Esstman Prize, which awards the author of the best first novel published during a given calendar year.

Your novel, The Girl Who Fell from the Sky, was recently awarded with TWC’s first-ever First Novel Prize. Pardon the pun, but how did you fall into writing?
I always wanted to be a writer. But also wanted to be financially secure because I grew up without a lot of money. I took jobs that allowed me to write for pay: Hallmark greeting card writer, journalist, lawyer. Ultimately, I realized that I wouldn’t feel fulfilled if I never gave novel writing a shot. I quit my job as a corporate attorney and started working on this book. It took a long time—12 years—to write it and get it published. It felt like a miracle when I found out I had won the Bellwether Prize and would finally see my book in print.

Where did you get your inspiration for The Girl Who Fell from the Sky?
The story is inspired by a real event in which a family died in a terrible tragedy and the girl survived. I became obsessed with the girl. I wanted to know what her survival would look like and I set out to write a future for her, to give her a voice. I learned after some trial and error that the girl survivor had some relation to my own story. I went on from there, blending the initial idea with the touchstones of my own emotional experience.

At The Writer’s Center, we provide writing workshops for all levels of writers. While you were writing your novel, did you workshop your progress? How did that feedback help your process?
I did try to workshop some of what ended up becoming the novel. But I think I tried to workshop it too soon in one instance. In one summer intensive workshop, I got to share three chapters of the novel. It was there that I found a trusted reader who gave me great notes on other drafts.

What’s the best advice you can give to our members working on creative pieces that also address issues of race, class, and social justice?
I think the best advice is to be true to the story and characters first. The ideas and issues will be evident—but you want readers to connect with and empathize with the characters. If the readers can do that, they will certainly follow the vision that you are writing. ¶

Heidi Durrow will read from The Girl Who Fell from the Sky, at The Writer's Center on Thursday, April 12, 7:00 P.M.

This profile was originally published in the summer 2012 Workshop & Event Guide. 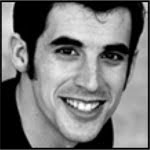 Zachary Fernebok is a playwright, a company member of Infinite Stage Theatre Company and Flying V, and playwright-in-residence at American Ensemble Theatre. His plays have been performed at The National Portrait Gallery and the Otono Azul play festival in Argentina among others. His plays, The Pirate Laureate of Port Town and Navigating Turbulence, will be read and performed this summer with American Ensemble Theatre. He teaches at Writopia Lab.

Labels: first novel prize, heidi durrow, McLaughlin-Stearns-Esstman Prize, the girl who fell from the sky, the workshop and event guide

I think that other sorts of web site enthusiasts should certainly think about this blog site as a model. Remarkably clean and straightforward design and style, and moreover superior articles! company profile for restaurant