The Writer's Center Partners with Fall For The Book

The Writer's Center has a longstanding annual tradition of hosting a reading as part of Fall for the Book.  This year, the September 22 reading by Clifford Garstang and Hailey Leithauser and the September 27 reading by Jon Pineda and Sarah Pleydell are both included in the festival. We're glad to post Art Taylor's blog about the upcoming festival. 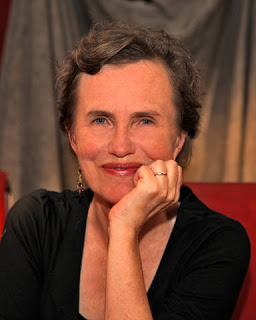 From a Pulitzer Prize-winning humorist to one of the most important figures in today’s political landscape to the memoirist whose adventures launched Oprah’s Book Club 2.0, this year’s Fall for the Book Festival welcomes some of the nation’s most exciting and provocative writers to its landmark 15th annual festival, September 22-27. Dave Barry, Ralph Nader, and Cheryl Strayed join thriller writer David Baldacci and poet Sonia Sanchez to headline the festival, which hosts events at locations throughout Northern Virginia, DC, and Maryland. And as part of its continuing partnership with Fall for the Book, The Writer’s Center will be welcoming acclaimed authors Clifford Garstang and Hailey Leithauser on the festival’s opening day and Sarah Pleydell, and Jon Pineda on the closing evening.
On Sunday, September 22, at 2 p.m., The Writer’s Center hosts poet Hailey Leithauser and novelist Clifford Garstang for readings from their recent and upcoming works. Leithauser is author of Swoop, which won the Poetry Foundation’s Emily Dickinson First Book Award and is forthcoming from Graywolf Press, and Garstang’s novel, What the Zhang Boys Know, published by Press 53, has been named a finalist for the 2013 Library of Virginia Award in Fiction, alongside  Christopher Tilghman’s The Right-hand Shore and Kevin Powers’ The Yellow Birds.

Then on the festival’s closing night—Friday, September 27, at 7:30 p.m.—The Writer’s Center hosts readings by first-time novelists Jon Pineda and Sarah Pleydell, writers who have each earned distinction in other genres before earning praise for their fiction. Pineda’s new novel, Apology, winner of the 2013 Milkweed National Fiction Prize, follows on the heels of his memoir Sleep in Me, a Barnes & Noble Discover Great New Writers selection, and his poetry collections The Translator’s Diary, winner of the 2007 Green Rose Prize, and Birthmark, winner of the 2003 Crab Orchard Award Series Open Competition. Sarah Pleydell, whose debut novel Cologne has been described by The Washington Post as “crisply and elegantly written,” is an award-winning writer, performer and playwright who has worked with institutions including The Wolf Trap Institute for Early Learning Through the Arts, The Kennedy Center for the Performing Arts, and the Luce Institute.

Beyond these events at The Writer’s Center and the festival’s five headliners, Fall for the Book welcomes a wide range of authors across a diverse set of genres, including:

For a full list of authors attending this year’s festival—September 22-27 at George Mason University and locations throughout Northern Virginia, DC, and Maryland—visit www.fallforthebook.org.