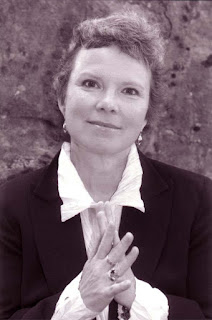 Great news. Carolyn Forche has just been added to our birthday event in January. She will read with Orange Prize finalist and Writer's Center "alumnus" Pagan Kennedy. Should be a highly memorable evening. More information will be posted when it's available. In the meantime, here's a bio of Forche:

Known as a “poet of witness,” Carolyn Forché is the author of four books of poetry. Her first poetry collection, Gathering The Tribes (Yale University Press, 1976), won the Yale Series of Younger Poets Award. In 1977, she traveled to Spain to translate the work of Salvadoran-exiled poet Claribel Alegría, and upon her return, received a John Simon Guggenheim Foundation Fellowship, which enabled her to travel to El Salvador, where she worked as a human rights advocate.

Her second book, The Country Between Us (Harper and Row, 1982), received the Poetry Society of America's Alice Fay di Castagnola Award, and was also the Lamont Selection of the Academy of American Poets. In 1994, her third book of poetry, The Angel of History (HarperCollins), was chosen for The Los Angeles Times Book Award. Her fourth book of poems, Blue Hour, was published by HarperCollins in Spring 2003.

Her translation of Alegria's work, Flowers From The Volcano, was published by the University Pittsburgh Press in 1983, and that same year, Writers and Readers Cooperative (New York and London) published El Salvador: Work of Thirty Photographers, for which she wrote the text. In 1991, The Ecco Press published her translations of The Selected Poetry of Robert Desnos (with William Kulik). Her articles and reviews have appeared in The New York Times, The Washington Post, The Nation, Esquire, Mother Jones, and others. Forché has held three fellowships from The National Endowment for the Arts, and in 1992 received a Lannan Foundation Literary Fellowship.
Posted by The Writer's Center at 11:26 AM