Here's my interview with Andrew Ervin, as promised in yesterday's post on this same book.

Andrew Ervin grew up in the Philadelphia suburbs and has lived in Budapest, Illinois, and Louisiana. His fiction has appeared in Conjunctions, Fiction International, and the Southern Review, and his criticism has appeared in the New York Times, Philadelphia Inquirer, San Francisco Chronicle, Chicago Tribune, Washington Post, USA Today, and The Believer. Extraordinary Renditions is his first book. Learn more about him at andrewervin.com

(If you'd like a primer on Hungarian literature, by the way, Ervin wrote a great piece last year at Publishing Perspectives.)

Kyle Semmel: I want to start with the composition of this book. It's not every day you stumble on a collection of linked novellas. What is the genesis of this book? Did you always plan to write linked novellas, or was there another idea behind it? 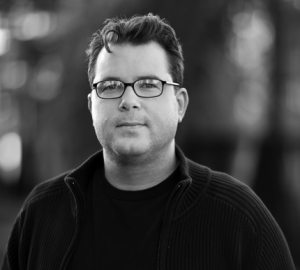 Andrew Ervin: The formal decision—three novellas, as opposed to one linear novel—was meant to reflect the thematic concerns of the stories. The typical long novel has one central and hierarchic authority that moves the plot through the paces of Freytag’s triangle (in much the same way, I might add, that a bereaved widow will pass through Kübler-Ross’s five stages of grief). There’s unity to it, and a march-step progression toward some kind of resolution. Extraordinary Renditions however is in many ways about disrupting authority, so I wanted to find a way to move away from the traditional linearity.

The three novellas are set on the Ides of March, the day of Caesar’s assassination, and each looks at different methods of freeing oneself from imperial authority. Of course, the fact is that reading is a linear activity; the words travel left to right across the page, one after the other (at least in English) there’s no real getting away from linearity entirely. The order of the novellas alone creates hierarchy, sure, so I understand the limitations, yet it was important to me to at least attempt to undermine the traditional, monolithic authority with a polyphonic interplay of voices. In this case, the voices are those of an elderly Hungarian survivor of the Holocaust, an American soldier stationed in Mitteleuropa, and a young violinist finding her way in the new world order. Disharmony has its own beauty.

KS: Speaking of beauty, at least from a writer's point of view, one of the remarkable things about this book is how each novella is told in such radically different voices, from an aging musician's stoic formality to an outcast military man's rage and a young woman's almost sad morose-ness-turned-wonder. Can you talk about how you wrote these stories? Did you complete each novella before beginning the next, or did you jump back and forth?

AE: That’s very nice of you to say, thanks. I almost always write my first drafts in first person and it take me an awful long time to finish a draft. During that time, I don’t research the character or setting in the traditional ways—going to the library and looking shit up—but instead I listen to the music that my first-person character would listen to. I read the magazines she would read, make playlists of her favorite music, watch the TV shows or movies that would appeal to her. I can gain a fuller understanding that way, one that originates inside the character rather than gets based on superficial or exterior details. Those come later.

I also find it difficult to transition between projects, maybe because each one is so tied to a particular voice and worldview. (That’s true too of book reviews and grading student papers. I enjoy doing those things most of the time, but it takes a good amount of time to segue back to the character I’m working on.) Once I had these three novellas more or less done, the voices where I wanted them, I was able to go back to them with a bit more distance and move between them more easily.

Some people have found it surprising that I wrote “Brooking the Devil” first (it was published as the second novella in the book). I found the character of Brutus a long time ago, in an undergrad workshop with Madison Smartt Bell. It took me years, literally, to figure out what I wanted to do with him. “The Empty Chairs” was the second one I wrote (it’s now third), and with those two stories I thought I had a complete book. Fortunately, a few very smart people read it and persuaded me it needed a third novella to tie everything together. One person suggested writing it about the bartender Jimmy, but the composer Harkályi was a lot more compelling to me. His story, “14 Bagatelles,” ended up being my favorite of the three, I’m pretty sure.

KS: Each novella does a remarkable job of portraying Americans living in Hungary at the same time they're true to, and respectful of, Hungarians and their culture. How difficult was it to write about a foreign culture and balance the storytelling with the sense of place?

AE: Characterization and setting are intimately related, of course. I used to have a great deal of trouble writing about a place until I’d left it and my thoughts could congeal into something sensible. Shortly after I arrived in Budapest in 1994, I started work on a novel about Americans living there. But I had absolutely nothing to say. I knew I wanted to write a book, but I didn’t really know what that meant. It was only when I moved back to Philadelphia in 1999 that I could start to make sense of everything I experienced over there, but even then it took a few years (and quitting a horrible job) to be able to begin what would become Extraordinary Renditions. 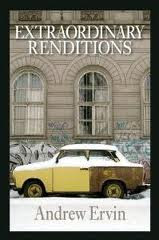 Shortly after its publication last year, I got an angry email from a Hungarian reader in Canada. She was livid about my depiction of post-communist Budapest: the pollution and graffiti and public drunkenness. That was how one of my characters viewed the city, and maybe it wasn’t as respectful—to use your word—as she might have wanted. But the conflation with my characters’ opinions with my own came as a real shock. Maybe I was naïve? But it was easy to balance story and place because my characters were all foreigners and thus stand-ins for readers I wanted to escort around an exotic location they might not have seen otherwise.

KS: Have you gotten responses from other Hungarians?

AE: Not a great deal. Some of my friends have enjoyed it a lot, or so they say. My father-in-law is a published author in Hungary. I sent him a copy months ago; he even came to visit the States recently and never said a word about it. It’s tempting to read a response into his non-response.

KS: You mentioned studying with Madison Smartt Bell. Who were your other early influences?

AE: If I had to cough up some specifics, I’d say that my main creative influences have been Terry Gilliam, Kafka, Joyce (who is all over Extraordinary Renditions), Gaddis, The Golden Bough, Moby-Dick, Leaves of Grass. Bartók. I’ve learned enormous amounts from reading A.M. Homes. She is fearless, and she’s probably the only living author who I’d be too geeked-out nervous to talk to if I saw her in public. There isn’t a better writer at work right now. But, again, each character has his own set of aesthetic inspirations.

Shortly before I moved abroad, while I was still an undergrad, I sent a series of letters to the English author Julian Barnes. I asked for advice, tried to pawn off my own horrible early stories on him, and so on. His replies were always thoughtful and unfailingly polite, even in the face of my sophomoric and ham-handed invasions of his privacy. One of the things he told me has been vitally important to my development (such as it is) of my writing: Barnes told me to write for myself and for that part of myself I see in the people closest to me. That is still how I think of my audience, and his advice informed my treatment of Budapest. I love that city. I still have family and very close friends in Hungary. Beneath the polluted surface, Budapest is the most amazing city in the world, and I hope my love of it comes through in Extraordinary Renditions, even if indirectly. And, if Mr. Barnes is out there reading this: please forgive me for being such a little snot.

KS: Have you sent him a copy of Extraordinary Renditions?

AE: No, I’m mortified now to think of the ways I pestered that man. I’ve enjoyed his recent work a great deal, though. He’s one of those people—like Ha Jin, maybe, or Jim Shepard—who gets a ton of attention but whose genius, as expressed in body of work, still isn’t fully appreciated. These people are treasures, every new book an event to celebrate.

KS: What's next? What are you working on now?

AE: I have two projects nearing completion. One's a novel titled Orwell on Jura, about a man who attempts to get off the grid by going to live in the house—on a remote island in Scotland's Inner Hebrides—where George Orwell wrote Nineteen Eighty-Four. It started as an independent study project with Richard Powers while I was in grad school, and I've made some dramatic formal changes recently that have me feeling very excited about it. In short, I removed the first 1/3 of the novel and turned it into a series of flashbacks, so that I could actually start the book on Jura instead of in the character's native Chicago. The other one is a collection of stories tentatively called "Distortions" (as opposed to Walter Benjamin's Illuminations). Most of the stories have already appeared in various magazines, and there's one forthcoming in the next Conjunctions. I've decided to anchor the book with a strange five-story cycle titled "Down the Shore," and the last two of those are a struggle to finish. It feels like I'm writing another novella, which is not something I ever would have predicted I’d do again, but each of the five parts should ideally stand alone too. It's been quite a challenge and "Down the Shore" is rather violent, so I'm looking forward to not living with this character, Zach, very much longer. Finally, this summer I plan to begin work on a huge novel I'm thinking of as Shackamaxon, with six storylines set in Philadelphia and organized--chapter by chapter--as a sestina. I'm a little bored of the origin-myth trope that's everywhere these days, but I am thinking that one or two of the storylines will be historical fiction. At least that's the idea. We'll see.
Posted by The Writer's Center at 10:00 AM