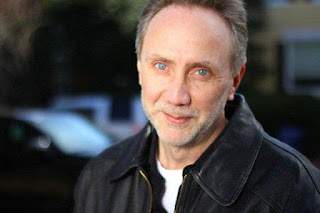 Mario Baldessari is a new workshop leader for The Writer's Center. FPP is a perfect opportunity for him to introduce himself to our community. Here he discusses writing and improv and his upcoming workshop, Improvisation for Storytellers.

Although I majored in creative writing in college, it wasn’t until I joined the improvisational comedy troupe W.I.T. (Washington Improvisational Theater) here in DC – in my mid-20s and the last century’s mid-80s – that I began to truly appreciate and understand storytelling.

The improvisational philosophy and exercises developed by Keith Johnstone influenced me greatly – with their emphasis on spontaneity (developing the uncensored content for stories); status (developing the character interactions required for good stories); and specific storytelling techniques that tend to generate immediate action and interest.

It wasn’t long before I abandoned the improv troupe to co-found my own sketch-comedy troupe, Dropping the Cow, where we wrote and developed set pieces through improv. Dropping the Cow performed regularly for seven years in a little out-of-the-way theater in Georgetown. Back then, the Washington Post said our group performed “sketches ... like inspired bits from the old days of Saturday Night Live” and the Washington Times praised our “side-splitting comedy material ... [and] comedy scenarios in which Gary Larson would take pride.”

From sketch writing, it was a logical leap to playwriting, which is where I have had most of my writing successes during the past decade. I still rely on the improvisational techniques that Johnstone developed – only instead of using them onstage as a character with fellow actors in real time, I use them in my head with the characters who live in my plays; and sit down and write them up on my computer.

The class I’m teaching this September at The Writer’s Center, Improvisation for Storytellers, is probably going to be unlike most creative-writing courses you’ve experienced. For one thing, we’re going to be learning on our feet, rather than sitting at a desk or table. For another, we’ll be “writing” scenes by acting them out live on the spur of the moment – without any advance preparation or thinking – for the entertainment of our classmates.

If you’re only used to writing by yourself, sitting at a keyboard, you’re bound to find the class invigorating, fun and challenging – and rest assured, no previous improv experience is needed. Johnstone’s motto for all improvising storytellers has always been, “Don’t be prepared.”

Mario Baldessari is the 2011-2012 Playwright-in-Resident at First Draft, an Artistic Associate with Charter Theater and an acting instructor for the National Conservatory of Dramatic Arts, the Actors’ Center, Imagination Stage and the Educational Theater Company. For many years, he was the lead writer and a founding member of the comedy troupe, Dropping the Cow. His most recent plays include “Fat Gay Jew” at Charter Theater and “Jack and the Bean-Stalk” at 1st Stage.