A Brief Interview With Taylor Mali

Taylor Mali will be appearing as part of our 35th Anniversary Reading Series. That event also presents a fantastic opportunity for local slam poets: a slam poetry competition! My interview with Mali originally appeared in the fall 2011 Workshop & Event Guide.

Kyle Semmel: Can you describe the moment you realized poetry was something you wanted to dedicate your life to? (particularly slam poetry). 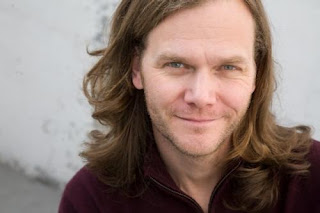 Taylor Mali: First, understand that there is actually no such thing as “slam poetry.” What Marc Smith invented in Chicago in the mid ’80s was a poetry slam—it’s a noun—at which anyone could read any kind of original poetry and be scored by five randomly selected drunks from the audience. That said, when people use the term “slam poetry,” they are usually referring to loud, easily accessible, political, indignant, rhythmical, hip hop influenced, urban, fast-paced, cleverly rhymed, light verse because that stuff kills at most poetry slams. But to answer your question, there were two moments that helped me realize that poetry was something I wanted to dedicate my life to: the first occurred while competing in my first poetry slam, which was in Lawrence, Kansas, in 1992. I realized that this art form was made for me, a drama school dropout with literary skills. The second moment was when I finally realized that a life dedicated to poetry might actually pay the bills. That was in 1999, and it was like realizing that the grass you always played in was seen as valuable by the rest of the world. I felt singularly lucky. Still do.

KS: You make a living traveling the country as a spoken-word poet. Yet you’ve also published two books of poetry. Are there limitations that you can get around by switching mediums?


TM: Let me be up front about saying that poetry doesn’t cover all my bills. I make more than I ever would have as a teacher, but I wouldn’t be able to do what I do if my grandfathers had also been poets, know what I’m saying? And yes, by switching from page poetry to spoken word and back again I get to do things that others can’t. For one, I get a wider audience to sit for longer than almost anyone else I know. My shows are routinely an hour, and they are filled with people who were dragged there kicking and screaming and then loved it. I also get to educate the two modalities a little and bring them closer. The spoken word crowd could stand to be a little more literary, and the literary crowd could benefit from a little more playfulness (and I mean real playfulness. If you write a poem solely using words of Latinate origin, that’s not really amusing enough for me).


TM: I’ll tackle the second question first if I may. The biggest challenge students face is that they are only encouraged to pursue a very narrow spectrum of education. The things that will most likely help them in the long run—creativity, critical thinking and problem solving, nutrition—aren’t really valued yet by our society. For teachers it’s similar; they have little freedom to teach the way they feel most comfortable teaching. We need to have some controls in place, but we have too many. Also, the lack of respect and lack of pay means that some of the best potential teachers are never even considering entering the field.

KS: What kind of vibe can people expect at a live poetry-slam?
TM: Poets need to have a thick skin. Judges need to be ready to be booed and taunted good-naturedly. And half the audience needs to be ready to go home saying, “I never knew poetry could be like that!” Because the other half will be saying, “Don’t worry, it’s not!”

Taylor Mali is the author of two books of poetry, The Last Time As We Are and What Learning Leaves, and four CDs of spoken word. He received a New York Foundation for the Arts Grant in 2001 to develop Teacher! Teacher!, a one-man show about poetry, teaching, and math which won the jury prize for best solo performance at the 2001 Comedy Arts Festival.
Posted by The Writer's Center at 4:29 PM

I hope I get a chance to attend his event.