A Little Luck Never Hurts My Career as a Book Author

A Little Luck Never Hurts: My Career as a Book Author
by Nevin Martell

Scoring a deal with a publishing house can sometimes seem impossible—at the very least fantastical—even if you’ve made it happen before. Even though I’ve written several books, I’m still surprised that any of them made it to the shelves. Happenstance and luck always seem to play a role.

My first effort, Dave Matthews Band: Music for the People, came about when a writer friend managed to sell a similarly styled biography on Oasis. I kept badgering him over gin and tonics until he introduced me to his agent and walked me through the process. A short while later, I found myself cashing an advance check. Basically, I starred in a publishing fairytale.

When that book sold well, the publisher called me to find out what music icon I wanted to tackle next. I narrowed down my options to this new little band called the Foo Fighters, and Beck, who was alt-rock’s golden child. Unfortunately, I chose the “Loser” singer. As I toiled away on my book, he proceeded to release increasingly experimental albums that sold progressively fewer copies. Meanwhile, the Foos became the biggest band in the world. Beck: The Art of Mutation sank like its namesake’s career and my publisher stopped calling. My career as a writer was stalled.

More than half a decade passed and I couldn’t come up with an idea that would stick to the wall. I still had an agent, but only technically. The only time we communicated was when he emailed to ensure that my royalty checks for the DMB book were going to the right address. It wasn’t a bad relationship; it just wasn’t one that productively moved my career forward.

After more than a few false starts, I started asking myself a simple question: What did I love so much that I would want to spend a year researching it and writing about it?

My epiphany came as I was reading an old Calvin and Hobbes comic strip. The quirky adventures of the boy and his tiger got me to thinking: What the hell ever happened to their creator, Bill Watterson? After some quick research (ie. Googling), I realized Watterson was a true enigma. I drew up a one-page proposal in the hopes that someone would pay me to uncover the mystery.

I shared the concept with my agent, but he wasn’t interested. I was convinced it was a good idea, but I wasn’t sure how I was going to get it off the ground without representation. Around that time, I happened to be talking to an editor at Continuum Publishing about their 33 1/3 series, which focuses on esoteric and forgotten albums. He passed on my idea to do a book on Marvin Gaye’s What’s Going On, but I decided to send him my proposal for my dream project on Bill Watterson anyway. He liked it and asked for a quick chapter outline. Soon enough, he was sending me a contract for what became Looking for Calvin and Hobbes: The Unconventional Story of Bill Watterson and His Revolutionary Comic Strip. Since my agent hadn’t been supportive of the idea, I decided to represent myself (with a little help from a friendly lawyer who looked over the paperwork). It all happened so fast that I had little time to consider my good fortune.

Now I’m putting together a proposal for my next project and I’ve got my fingers crossed. It takes a great idea, persistence, and a lot of hard work to get a book deal. But a little luck never hurts. ¶
This article was originally published in the summer 2012 Workshop & Event Guide. 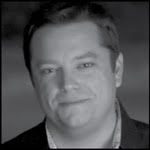 Nevin Martell has been writing about food and culture for more than a decade and a half. His work has appeared in The Washington Post Express, DC Modern Luxury, Capitol File, Washington City Paper, Cheese Connoisseur, Restaurant Management, Men’s Health, and online at The Washington Post’s All You Can Eat blog. His books include Looking for Calvin and Hobbes: The Unconventional Story of Bill Watterson and His Revolutionary Comic Strip, Standing Small: A Celebration of 30 Years of the LEGO Minifigure, Dave Matthews Band: Music for the People, and Beck: The Art of Mutation. You can find him online at nevinmartell.com.