Write Your Way to the End: A Profile of Emily Miller

Write Your Way to the End: A Profile of Emily Miller
by Robert Bausch 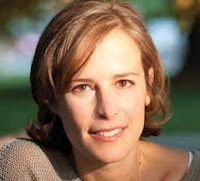 I was scheduled to teach a workshop in Aspen, Colorado. One of the manuscripts sent to me in the weeks before my flight was a brief chapter in a novel by Emily Miller. It was a scene in a car
with a father and son. The story is told from the father’s point of view, but what is memorable from that scene is the excruciating awkwardness of the father, his sincere need to avoid conflict,
set up against his son’s distant, disrespectful attitude. What the father says to his son engenders the kind of response he is getting—taken a certain way, and that is how the son takes it—but the father’s intentions are not at all what the son perceives them to be. It’s a car ride, mostly. Not much happens in the scene in terms of physical action. But the conflict in that scene is as gripping as any I’ve encountered in years.

Once the workshop began, I took Emily aside and asked her, “What are you doing here?”
I told her she could easily teach a workshop herself. She told me she’d been wrestling with the
first 100 pages of this novel for a long time. She wanted to get response to it in a workshop
setting. She thought it might help her finish it. Emily, I could see, had no faith in what she was
doing. I told her just to write her way to the end, to trust that prodigious talent and see what she’s
got when she’s done with it.

A few days after I got back from Aspen, I sent Emily an e-mail that said simply, “WYWTTE.” I had written that on a sheet of paper and taped it to my computer, and then I thought of her and decided to remind her of what I’d told her.

What I got back was an e-mail that said, “It took me several hours to figure out what
WYWTTE stands for. I get it. And I will.” Of course what it stands for is “Write Your Way To
The End.”

Every day after that, when I sat down to work on my book, I’d e-mail Emily first.
WYWTTE. That’s all. Over the rest of that fall, through the winter, and into the following
summer, I’d ask Emily for a “status report.” She’d ask me how my work was going, so I’d send
her a status report too. At one point I wrote to say, “I should probably quit sending you these e-
mails; I’m probably getting to be a nuisance.”

Emily finished her book that August. I’ll let her tell you what happened after that:

I spent the next four months doing two or three big revisions. In January I decided it was where I wanted it to be. I was ready to look for an agent. From everything I'd heard in my writing life, I braced for months (if not more) of frustration and discouragement. To my great surprise, things happened very quickly. One of the agents I queried in the first batch asked me to suspend my
search for 10 days while she read it. She promised she'd get back to me the coming Monday, which happened to be Valentine’s Day and, as promised, that Monday morning I got an e-mail from her saying she loved the book and wanted to try to sell it. The only change she wanted me to make was the title. (It was Gold. We changed it to After Augustus, which has since been changed again.) I was of course ecstatic. The very next week she sent it out to eight. A few came back right away with interest. I spoke to two editors on the phone on Tuesday, and ended up accepting a two-book deal from Houghton Mifflin Harcourt on Wednesday.

A two book deal. Her first book, Brand New Human Being, will be published June 12,
and she is now beginning work on the second. And I think when she gets going on it, she will remember to write her way to the end. ¶

This profile has been updated since its original publication in the summer 2012 Workshop & Event Guide. 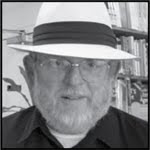 Robert Bausch was educated at George Mason University, earning a B.A., an M.A., and an M.F.A., and he says he has been a writer all his life. He has taught at the University of Virginia, American University, George Mason University, The Johns Hopkins University, and Northern Virginia Community College. He has also been a director on the board of the Pen Faulkner Foundation. In 2009 he was awarded the John Dos Passos Prize in Literature. For more information, visit robertbausch.org.

photos by: Patrice Gilbert (Miller); Matt Briggs (Bausch)
Posted by Maureen at 10:00 AM