James M. Cain’s first two novels—The Postman Always Rings Twice and Double Indemnity—
earned both sharp notoriety and enduring acclaim for the author, a Baltimore native. Postman, first published in 1934, was a sensational bestseller, despite (or perhaps because of?) being banned in Boston, and the book famously inspired Albert Camus’ own first novel, The Stranger. Double Indemnity, serialized in 1936 and published as a novel in 1943, cemented the author’s reputation as one of the finest crime writers of his generation, a master alongside contemporaries Dashiell Hammett and Raymond Chandler. Both books were adapted into now-classic film noirs, and a third novel, Mildred Pierce—was recently given fresh life as an award-winning HBO miniseries.

This spring, Double Indemnity gets its own update with the East Coast premiere of a new stage adaptation running May 30–June 24 at Bethesda’s Round House Theatre. In conjunction with that production, The Writer’s Center will host a BookTalk event on Sunday, June 10, at 12:30 P.M., focused on Cain’s novels, the various film adaptations, and the local production. As a preview of that talk, the program’s moderator, fiction writer and critic Art Taylor, posed some quick questions of each of the panelists. Check out their responses below, and come join us on Sunday, June 10, for more of the discussion! 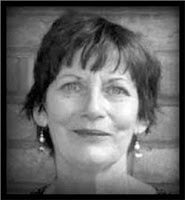 Taylor: How well do Cain’s books hold up against today’s crime or noir novels? Having taught Cain in the college classroom, how have students’ responses surprised you in any way?
Corrigan: Cain is still the crime noir master against whom all other writers must measure themselves. Fate, fall guys, femme fatales, and fast cars: Cain mixed them all up in a California cauldron steaming with sexuality and bad poetry. Yes, that’s right: “bad poetry.” The amazing thing about Cain is that he wasn’t a great literary stylist. Anyone who doubts this judgment should compare the ending of the novel Double Indemnity to Billy Wilder’s film version. Cain’s finale is infected by dopey symbols (“the moon,” that shark!) while Wilder’s ending is elegantly restrained by comparison. My students are sometimes surprised to find how wincingly bad Cain’s literary flourishes can be, but they revere Cain for the doomed mood of his stories and his ingenious “No Exit” plots. Cain’s novels are a product of The Great Depression. Given our ongoing Great Recession, Cain’s writing—particularly its focus on what desperate people will do for a buck—is more socially relevant than ever.

Megan Abbott, Edgar Award-winning author of six novels, including most recently The End of Everything. 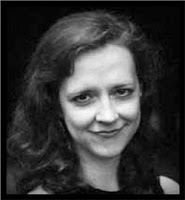 Taylor: At a noir-themed evening sponsored by City Light Books a couple years ago, you commented that James M. Cain’s novels provided your first glimpse at adult love. What impact did Cain’s books have on you—both as a young reader coming of age and as a young writer entering the world of noir?
Abbott: I grew up loving the famous film adaptations of Cain, their brooding sense of desire run amok. It made adult desire seem so overwhelming and dangerous. But nothing prepared me for The Postman Always Rings Twice, which I first read in my early 20s. It felt like forbidden
terrain. The way it’s structured—as a confession—made it feel like Frank, the narrator, was whispering a secret in my ear, an almost unbearable intimacy. It made me think of the power of noir fiction to let us into not just the unconscious of the book but also our own unconscious. It fueled everything I wrote after that.


Con Lehane, Writer’s Center instructor and author of the Brian McNulty mystery novels, including most recently Death at the Old Hotel 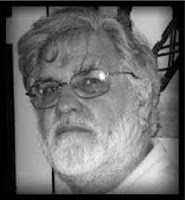 Taylor: To what degree do you look to past masters of crime fiction as mentors of sorts in crafting your own novels?
Lehane: When I first began writing crime fiction, I was inspired by the California hard-boiled triumvirate—Hammett, Chandler, and Ross Macdonald. I didn’t directly model my writing on them; the influence was more subtle for me, possibly subconscious, but it was very much there. I didn’t come to the noir writers until after my first book was published—although I was well aware of some of the movies, particularly those made from Cain’s books. If I had come to them earlier, I wonder if I might have written a different book, because I do feel an affinity with noir writers—Cain, Jim Thompson, David Goodis, Derek Raymond, and others. 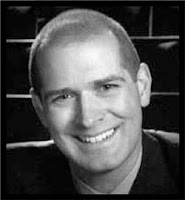 Taylor: As part of its mission, Round House Theatre has mounted stage adaptations of many great works of literature—this season’s offerings already included Fahrenheit 451 and Pride & Prejudice. How does it change your approach when there’s already been a successful—even legendary—film adaptation of the book you’re adapting to the stage, as with the production of Double Indemnity ahead?
Robison: It’s an interesting question with a double answer. When describing the adaptation to the public, we do take the famous film into account, since it’s a reference point for many people. In our creative work, however, we steer clear. This adaptation looks to the source material for inspiration—namely, the novel by James M. Cain—so that is our primary inspiration. The play has to work as a play first and foremost. There will be variances from the novel. Some characters won’t make the cut, scenes might be moved to different locations, and so forth. We want audiences to experience the story in a heightened, theatrical context. ¶

This article was originally published in the summer 2012 Workshop & Event Guide. 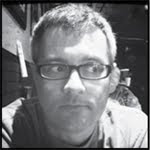 Art Taylor’s short fiction has appeared in several national magazines, including Ellery Queen’s Mystery Magazine and North American Review; online at Fiction Weekly, Prick of the Spindle, and SmokeLong Quarterly; and in various regional publications. His story “A Voice from the Past” was an honorable mention for the 2010 Best American Mystery Stories anthology. His story “Rearview Mirror” won the 2011 Derringer Award for Best Novelette. He regularly reviews mysteries and thrillers for The Washington Post and contributes frequently to Mystery Scene, among other publications. For more information, visit arttaylorwriter.com.