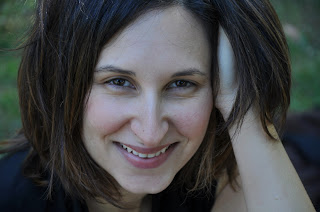 In anticipation of the Fall/Winter issue of Poet Lore, editorial assistant Jessica Mason emailed with poet Dara Barnat about the poems that will appear on Poet Lore’s pages ("The Age I Am to Myself" is excerpted below) and her engagement--past and present--with the work of Walt Whitman.

JM: What initially drew you to Walt Whitman?

DB: While searching for a topic for my doctoral research, I discovered that Walt Whitman’s Leaves of Grass was not one book, but several books, each distinct, which he revised and worked on for much of his life. The first 1855 edition, and the last, known as the 1891-92 Deathbed edition, are the most widely available, but they can all be found at The Whitman Archive (whitmanarchive.org). I printed out the editions and sat in the library at Tel Aviv University for weeks, reading every single one from beginning to end. During that time I was making my first attempts at research and writing. As I read through the volumes it felt like everything I would ever need to know about poetry was in Whitman. “Stop this day and night with me and you shall possess the origins of all poems.” There was the line, the self, the body, the breath, the divine. There was a deep engagement with life and a reconciliation with death. There was heartbreak, intimacy, and absolution. I didn’t – and don’t – love everything about Whitman. Whitman as a person had his share of flaws and prejudices. But this connection to Whitman’s poetry, a sort of “merge,” to use his term, inspired both my research on his reception by Jewish American poets, as well as my own poetry.

JM: How would you say Whitman’s work influences yours? How did it influence the form and language of the poems that will appear in the Fall/Winter issue?

DB: From Whitman I learned that poetry could be physical, intellectual, spiritual, and a place of empathy. I kept these qualities in mind, although my poems tended to be short and economical in terms of language. It wasn’t until I started writing a poem called “What Luck to Live On,” in my forthcoming book In the Absence, that I locked into Whitman’s longer lines and cataloging. After In the Absence, which was about grieving my father, I needed a framework in which to write new poems. For many of us life can so easily interfere with the writing process. But I need to write to stay grounded. I started a project writing poems about happiness, but that one didn’t sustain itself. Instead, I decided to write a poem a week responding to the fifty-two sections of “Song of Myself.” A year of “Song of Myself.” The poems draw from Whitman to explore how to survive and even thrive amidst the fear, uncertainty, and loss that I have experienced, and that many of us experience in individual ways. I couldn’t start the poems on an empty page, so I leaned on Whitman to unlock them. Every week I read a section from “Song of Myself” and selected lines as an epigraph. Some of my poems respond to the lines directly, and some go in a different direction. I began the first section in June 2015 and finished a draft of the manuscript about a month ago. Though I’m still learning what the Whitman collection is “about,” the working title is Be Unafraid to Walk in the Light of Nothing. I’m honored that the first two poems from this new manuscript will appear in Poet Lore.

JM: You and editor Jody Bolz corresponded about clarifying the context of the line from “Song of Myself” quoted in the epigraph of “The Age I am to Myself.” How does engagement with an editor affect your relationship to a poem? How does it feel to see a poem of yours separated from the series into which it was written?

DB: Yes, corresponding with Jody was, as always, a pleasure! I believe editing is, or can be, an act of true generosity. When I submitted my poems to Poet Lore, the poem “The Age I Am to Myself” (originally titled “The Age She Is to Herself”) went through a couple of crucial changes following our exchange. My poem, the first in the “Song of Myself” series, began with an epigraph from section one: “I, now thirty-seven years in perfect health begin, / Hoping to cease not till death.” This epigraph, which I knew didn’t appear in the earlier versions of “Song of Myself,” was poignant to me. Whitman was older and quite sick by the time he added that line about his age. I was moved by the idea that in poetry we can be our most vital selves, and stay young and healthy in perpetuity. The “I” in “The Age I Am to Myself” will always be thirty-six. Jody and Ethelbert identified that many readers wouldn’t know that Whitman added this line later in life or understand its significance based on the opening lines of the poem. Jody helped me revise the lines, clarify this discrepancy, and provide context for the reader. This exchange, for me, solidified a core aspect of the poem. I’m very grateful for Jody’s attention to my work over the past several years. I’m also happy that the two poems “The Age I Am to Myself” and “What Spanish Moss Knows” are appearing independently from others in the manuscript. I’m hoping that all of the “Song of Myself” poems will be in dialogue with each other, as well as stand on their own. I’m aware that many have read “Song of Myself,” but I also hope that the poems will be understood without prior knowledge of Whitman’s poem. I’m taking “Song of Myself” as a point of departure for my own poems, rather than trying to make a statement about Whitman. Anyway, I’m looking forward to seeing the poems in Poet Lore, where they are sure to find amazing company.

JM: You’ve said in “Teaching Walt Whitman in Tel Aviv” that studying Whitman “while under the threat of psychological and physical violence is in fact crucial” and that his poetry has become increasingly relevant in these times. However there are many who regard Whitman as antiquated required reading. For those who have previously put Whitman off to the side, what would you suggest in order for them to reconsider and connect with his work?

DB: I wrote “Teaching Walt Whitman in Tel Aviv” in 2012 during an especially horrific period of fighting in that region. The essay was inspired by the ostensible disconnect between this war and studying Whitman. What I came to believe is that the predominant messages in Whitman – though he is by no means perfect – are inclusiveness, equality, and tolerance. After all, a powerful motivation for Whitman was his conviction that poetry could save his beloved, fractured nation. I believe that the values his poetry promotes can help the world transcend the hatred and division that seem to be worsening all the time, all over the world. The poem often taught to young students is “O Captain! My Captain!” That poem, with its fixed syllables and rhyme, doesn’t display the sense of openness and empathy one finds, for example, in “By Blue Ontario’s Shore”: “[The poet] judges not as the judge judges but as the sun falling round a helpless thing.” There is so much for readers of all ages to discover in Whitman. In Whitman you find acceptance of the self, whatever your identity or orientation. There is music when you listen for it. There is hope for us all.

Dara Barnat’s poetry, translations, and essays appear in Poet Lore, The Cortland Review, diode, Lilith, Crab Orchard Review, Ha’aretz, The Los Angeles Review of Books, and elsewhere. Her book of poetry In the Absence is forthcoming later this year. Dara holds a PhD from Tel Aviv University, where she is Writing Director in the Department of English and American Studies. darabarnat.com

Here's an excerpt from Dara Barnat’s poem “The Age I am to Myself,” referenced above:

When Walt Whitman wrote the line
that he was thirty-seven, in perfect health,

in fact he was decades older.

I guess the body
is the body, but you can imagine

that day when you swam in a lake, lay

on a silver rock, legs bent, arms behind your head, sun
on your face.

You can feel the heat of the rock on your skin,

track the divots of beetles
as loons dive after them.

I, now, am thirty-six. I guess
this poem is a fine place to be thirty-six.

It’s a fine place to say that the age I am to myself is twenty-six.


For the complete poem and more new work by Dara Barnat, subscribe to Poet Lore and receive the Fall/Winter 2016 issue this October.
Posted by The Writer's Center at 10:38 AM

Thanks for the blog very nice keep going.
sony phone repair near me

Your Article Is Well Written And Simple To Understand. You Make Excellent Points. Thanks For The Blog…..