This is the Year You Finish, Revise, and Pitch Your Novel

Susan Coll will host an information session about the Novel Year program on Saturday, July 30, from 10:30 a.m. to 12 p.m. at The Writer's Center. RSVP here


Last fall, The Writer’s Center introduced a new workshop to the roster, Novel Year, a program of 10 dedicated novelists selected by the instructor to finish their novels and learn about the publishing process. “I have taken several classes at The Writer's Center before, but I hadn't really become part of a writer's community,” Catherine Baker, a 2015 participant said. “I needed to learn more about living as a writer and engaging with the publishing world, and building a network with other writers. This class provided all of that. Plus, it was really fun—the highlight of each week!”

Beginning in September, Susan Coll takes the helm of Novel Year. “I hope to create a warm and supportive environment in the classroom,” she said. “But at the same time, I want to maintain a serious and professional atmosphere because we have real work to accomplish.” 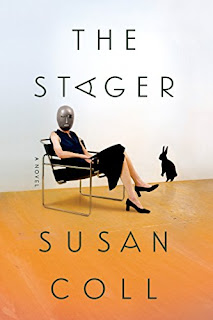 Coll is the author of five novels, most recently The Stager (Sarah Crichton Books, 2014), a New York Times and Chicago Tribune Editor’s Choice. Her other books include Acceptance (Farrar, Straus and Giroux, 2003), which was made into a television movie starring Joan Cusack, Rockville Pike (Simon & Schuster, 2012), Beach Week (Sarah Crichton Books, 2010),  and karlmarx.com: A Love Story (Simon & Schuster, 2001).

Her work has appeared in The Washington Post, NPR.org, atlantic.com, and The Millions. She has run many fiction workshops at the Center and recently left a position at Politics & Prose bookstore, where she oversaw events and programs for five years.


Coll is eager to reconnect with students, to engage with writers, and help them shape their work. “I'm especially excited about the small size and the long duration of this workshop,” Coll said enthusiastically, “that will allow time for each participant to get proper attention.”


Participants will experience the rigor and structure of an M.F.A. program, but with less of an expense and time commitment. Each class will be divided into two parts. In the first half, the group will discuss an aspect of craft and have in-class exercises that will be geared toward each student's own novel. The second half of class will be devoted to workshopping manuscripts. At least three sessions will bring in panels of published writers as well as publishing industry professionals.


Lauren Kosa described last year’s program to be "one of the best classes" that she has taken for advanced writing. Kosa worked on a literary fiction novel she described as "ok" when she began the class. When she completed the program, she described her 300-page work as "much more alive and closer to its final form."


Coll plans to address this idea directly. “Participants will learn more than the basics of crafting technically proficient novels; in some ways that's the easy part,” she said. “I want them to learn how to make their work pop, to write novels that are compelling and that will capture the attention of agents, editors, and readers.”


Qualifications: Participants must have completed at least 150 pages of a novel before enrolling.To be admitted into the program, potential candidates will need to submit:
Posted by The Writer's Center at 3:40 PM